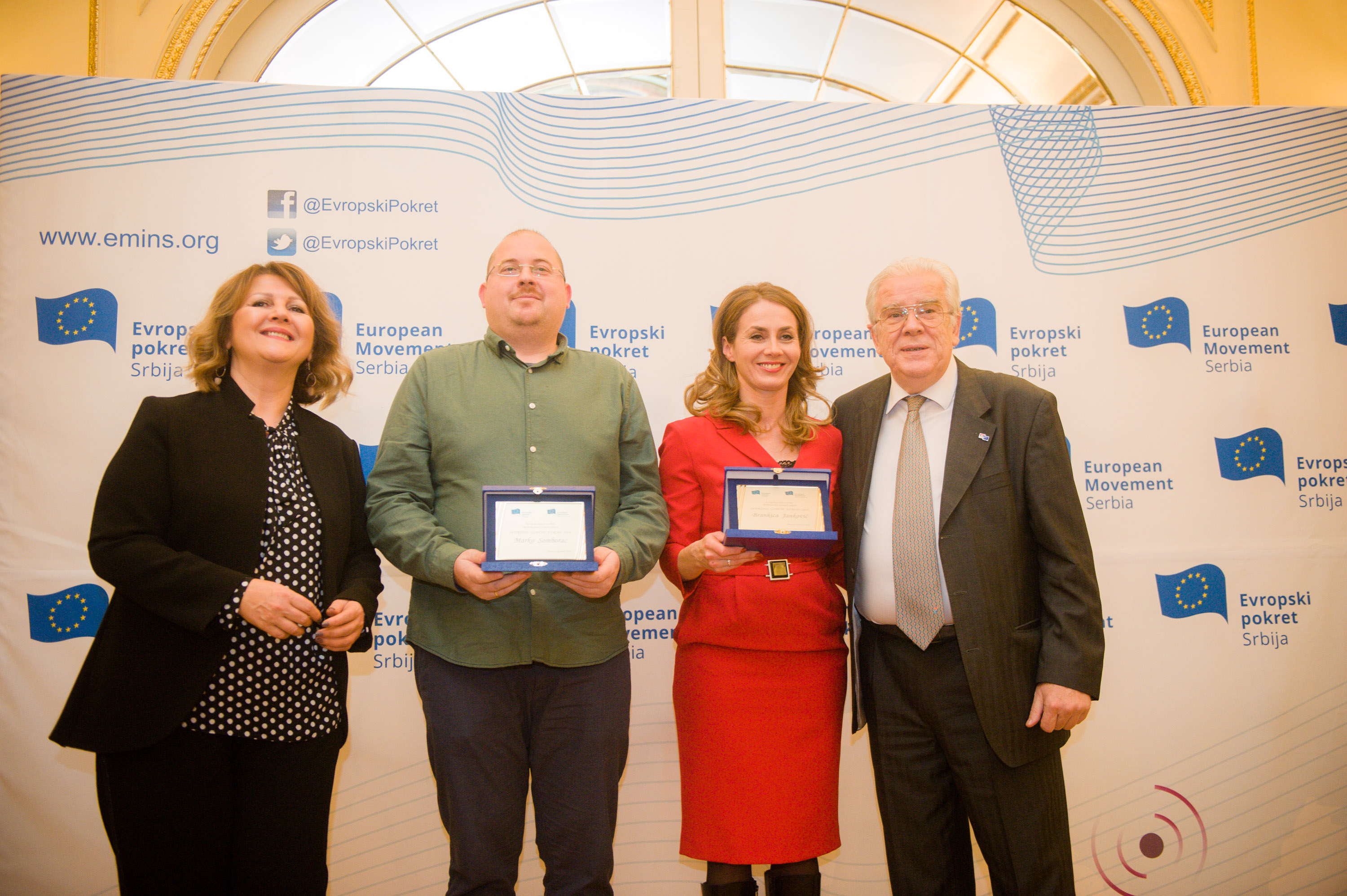 Commissioner for the Protection of Equality Brankica Janković and comics artist Marko Somborac are this year’s winners of the “Contribution of the Year to Europe” award, handed out by the European Movement in Serbia since 2002.

The Movement’s president and secretary general, Mihailo Crnobrnja and Suzana Grubješić, deliver the plaques to the winners in a December 17th ceremony hosted in Belgrade’s Aeroklub.

The reason for Janković’s reward is her tireless work, clear positions and timely reactions to discrimination and inequality that contributed greatly to promoting European values in Serbia.

Marko Somborac has been using his satirical cartoons to draw attention to social phenomena, promote critical insights and freedom of speech in a witty and creative way.