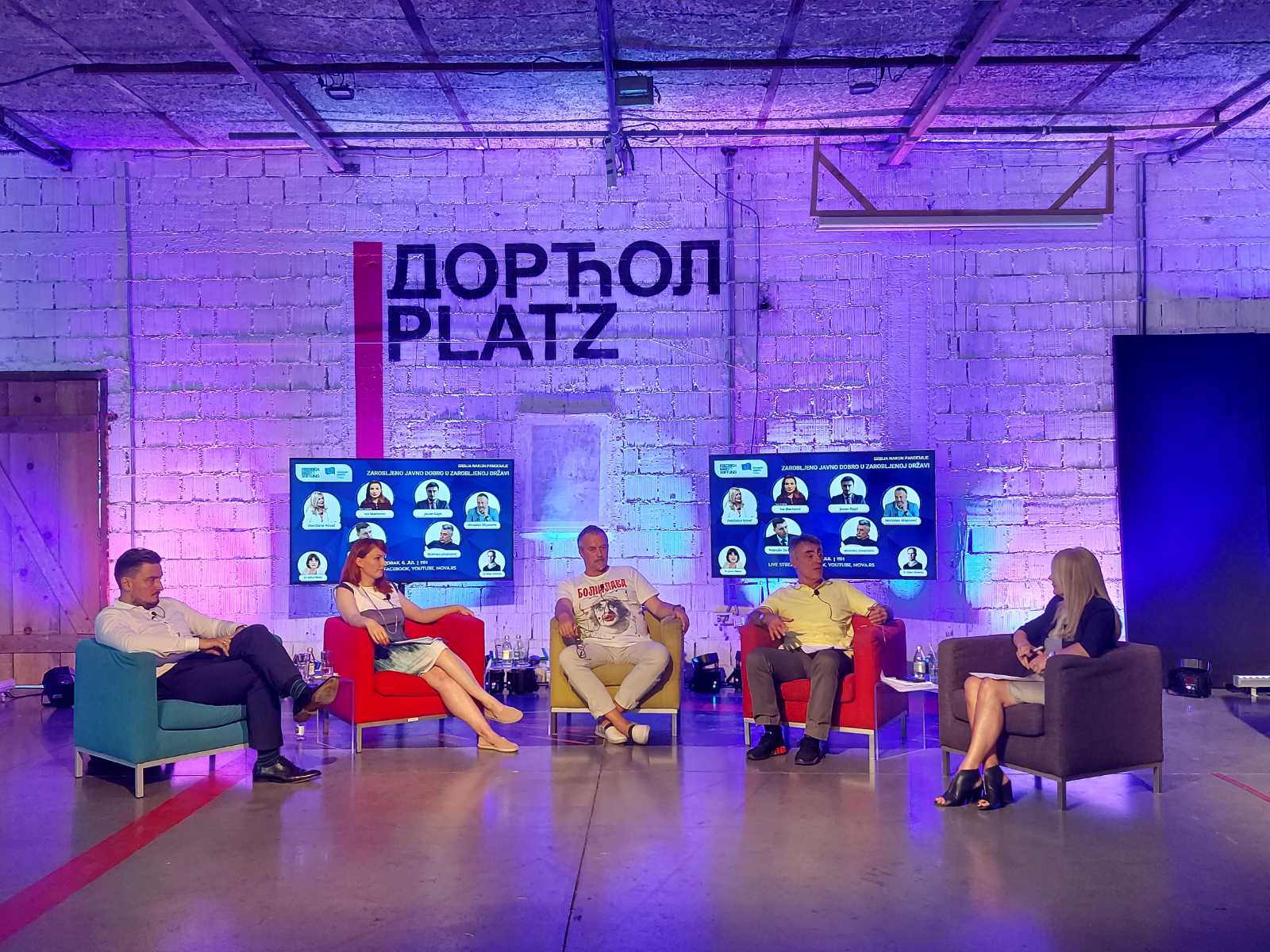 How is corruption recognized in the management of the public good and whether Serbia’s EU accession can actually help defend it, were the questions of yesterday’s debate titled “Captured Public Good in a Captured State”, organized by the European Movement in Serbia and the Friedrich Ebert Foundation.

Ivana Racic, program coordinator of the Friedrich Ebert Foundation, pointed out in the introductory part of the panel that the citizens of Serbia are slowly witnessing the development of cities which are subordinated to the short-term interests of investors, accompanied with the degradation of protected public space. According to Ms. Racic, it is necessary to timely and efficiently inform people in order for them to get acquainted with all the rights and responsibilities in the management of public goods.

Jelica Minic, president of the European Movement in Serbia, emphasized that the COVID-19 pandemic opened the topic of health as a public good, and at the same time the ability of institutional systems to fight for it.

“For more than a year now, this topic has been reappearing in our minds every day, and thus it determines our conscious behavior in order to protect ourselves. However, the question arises as to how consciously we would behave towards public goods without daily reminders,” said Minić.

The President of the Board of Directors of RERI, Jovan Rajic, agreed that the awareness of citizens about the importance of public goods has improved in the previous year. On the other hand, he points out that this happened exclusively due to state corruption, which is increasingly noticeable and more difficult to prove.

“In Zrenjanin, you have the famous Linglong factory, which is being built outside the eyes of the public. A factory that people cannot approach, or even the public area in front of it. More than 10 building permits were issued without a prior environmental impact assessment. People have no idea how the construction of this plant will affect the lives of the citizens of Zrenjanin,” stated Rajic.

Miroslav Mijatovic from the Podrinje Anti-Corruption Team pointed out that the citizens were misinformed about the misuse of public goods due to the fact that Serbia concludes bilateral agreements with exclusivity to which it is impossible to gain insight.

“During the past two years, we have signed over 28 contracts worth 4 billion euros, which we have no insight into at all. The foreign investors who come to our country, including Chinese investors, may act as the main advocates for us not joining the EU, due to the fact they arriving here thanks to covert state aid,” said Mijatovic, adding that citizens are not aware of the potential consequences of the technology which Serbia received through these investments.

Iva Markovic, program director of the Organization for Political Ecology POLEKOL, reminded that Serbia has had the opportunity to implement these projects in cooperation with the European Union several times. However, such type of cooperation would require transparency, due to which it was eventually done with China.

“Direct agreements with China suit Serbia because they exclude the possibility of public debate. Unfortunately, our environment is destroyed to such an extent that the citizens eventually had to stand up because this became an existential issue,” Markovic emphasized.

The conference participants concluded that frequent changes of laws create a basis for the spread of corruption. In that way, the constitutional order of the country is destroyed because it enables a direct and at the same time non-transparent agreement between the state and investors.

You can watch the online debate “Captured Public Good in a Captured State” here.

Our media partner is Nova.rs and the debate is also available on their news portal.