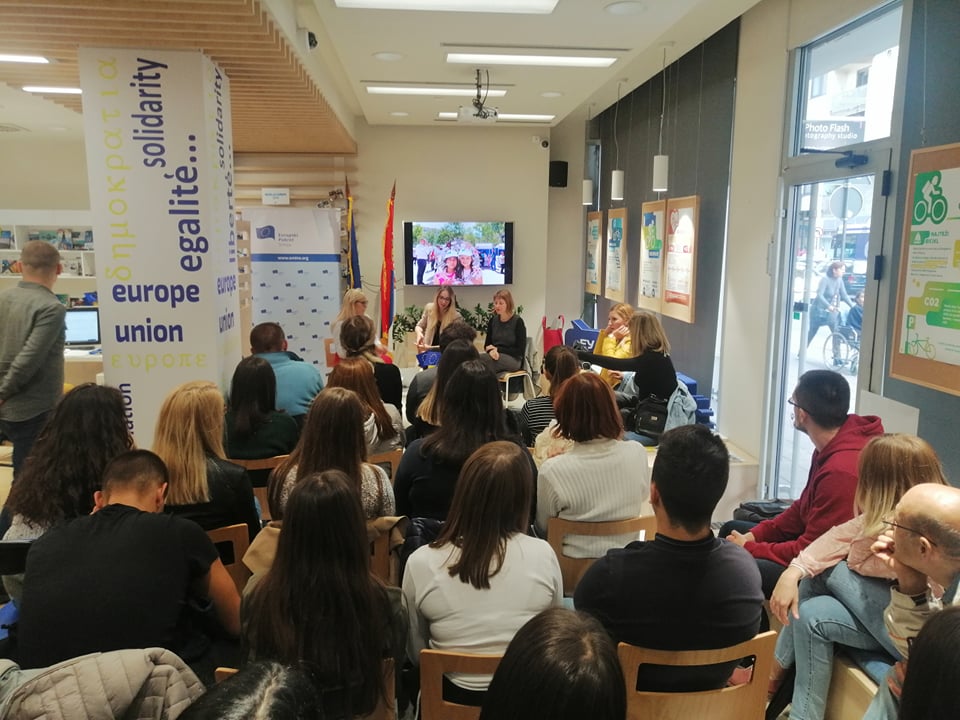 Last week, we organized an event Ask me Anything about EU Citizenship with guests from Croatia in Niš. The participants had the opportunity to hear more about the experiences of Croatian citizens in the European Union in a direct conversation with Martina Horvat and Lucija Dumančić from the renowned Croatian activist organization Gong.

“Croatia’s citizens have gained new opportunities at the EU level with membership. Some problems simply need to be addressed at higher levels, which is why the European Union project is important,” Martina said. She spoke about civic participation locally, nationally and internationally.

Asked if it is possible for a country to lose its national identity during the process of European integration, Lucija explained that the European identity actually upgrades the national one.

“It is possible to reach a solution in an adequate way and maintain the national identity. The compatibility of the values ​​we cherish should be seen,” Martina added.

The participants overwhelmingly stressed that such a value system, if established, could create a sense of belonging and a shared identity that could in no way impair the existence of a national one.

In the end, it was concluded that the implementation of public policies, increased importance of civic participation, as well as citizens’ uncensored access to information can improve the quality of life.