CSOs: Open the Debate on Foreign Policy in Serbia

Home/EMinS News/CSOs: Open the Debate on Foreign Policy in Serbia
Previous Next 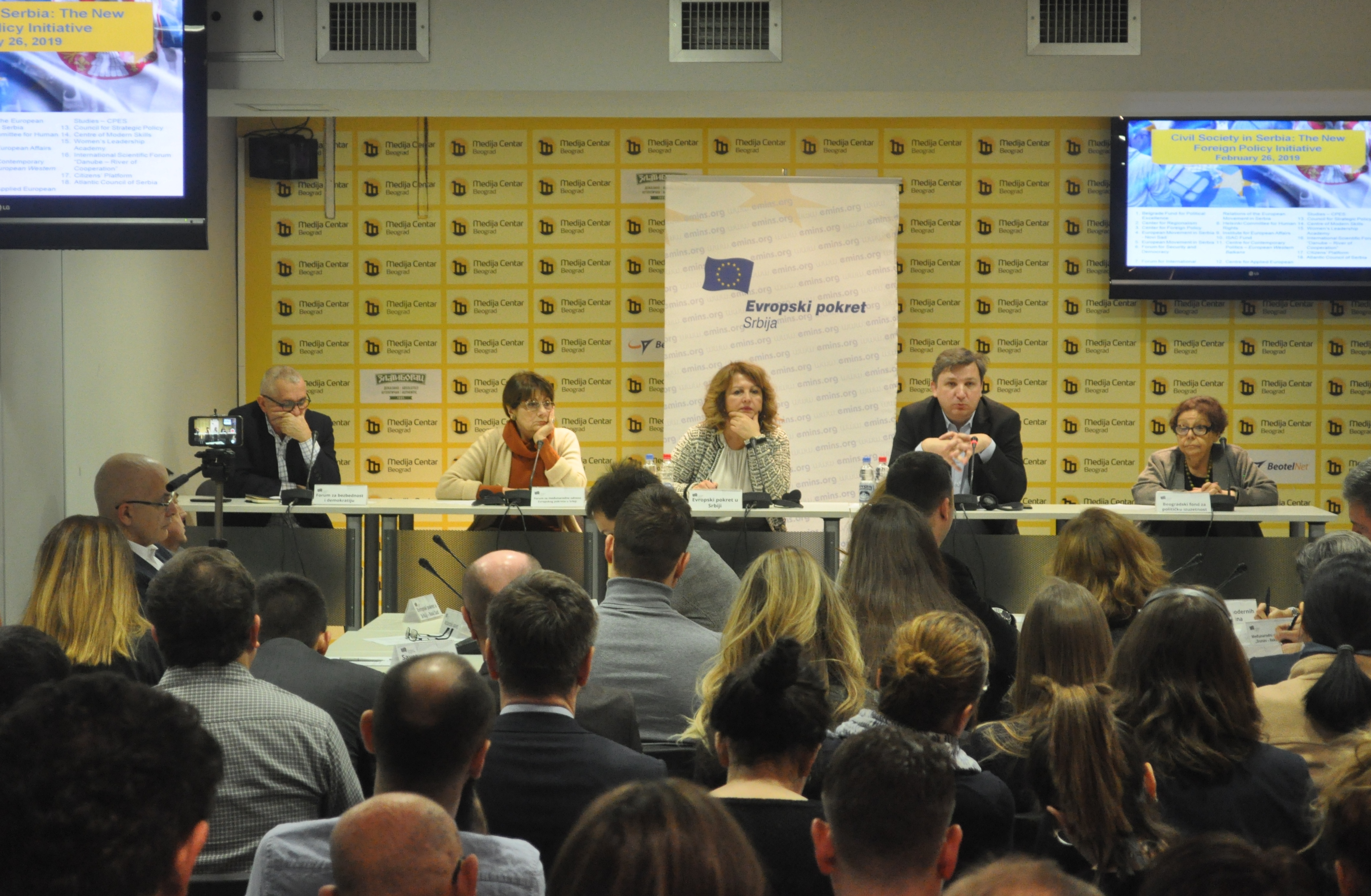 CSOs: Open the Debate on Foreign Policy in Serbia

The European Movement in Serbia and the Center for Foreign Policy, supported by 16 more civil society organizations, presented the New Foreign Policy Initiative, calling for a consensus over Serbia’s foreign policy standing and international position.

The key points of the Initiative include the normalization of relations between Belgrade and Pristina, a boost to Serbia’s EU accession, development of good neighborly relations across the region, and advancement of cooperation with the North Atlantic Treaty Organization.

The Center for Foreign Policy president Dragan Đukanović said that the goal of the initiative was to point to critical things to be done to improve Serbia’s foreign policy. “A consensus is required over certain issues. It is necessary to open a debate on the country’s foreign policy,” Đukanović explained.

Secretary General of the European Movement in Serbia, Suzana Grubješić, underlined that Serbia was a deeply divided society with a serious lack of consensus over key foreign-policy issues.

She said it was important to note that Serbia’s commitment to EU accession was not questionable; however it was impossible to make genuine progress before negotiations with Kosovo were finalized. Emphasizing the importance of regional cooperation, the Secretary General of the European Movement in Serbia called for resolving bilateral disputes with neighbors.

“Regional cooperation and good relations with neighbors go without saying not only because of it requires the process of European integration, but also because it is in the best interests of the citizens of Serbia and the region,” Grubješić emphasized, presenting the short-term goals foreseen by the New Foreign Policy Initiative.

Grubješić also said that the NATO membership had very little support in Serbia, explaining that even though Serbia was about to sign a new Individual Partnership Action Plan “a ruthless campaign against the NATO is ongoing.”

President of the Belgrade Fund for Political Excellence Sonja Licht repeated that Serbia’s bid to join the EU was not in question, but that a dose of skepticism existed. In her opinion it was too early for skepticism, as fundamental European principles and values had yet to be achieved.

She noted that the main disadvantage of the Belgrade-Pristina Dialogue is that the civil society was not included and “only with the participation of civil society, a solution can be reached that is sustainable and functional.” She pointed out that the Fund was the first organization to join the Initiative because civil society understands the importance of the need for the country to be well-positioned in the world.

“We have to be current, not a bystander. Everyone who cares of the future of this country has a clear choice – we do not want to be at the periphery of the periphery,” Licht explained, adding, “the EU is very interested in the whole Balkans sitting at the same table, but this does not happen if we look into their partial interests”.

Milan Jovanović from the Forum for Security and Democracy urged the media to join in and support the Initiative.