Home/EMinS News/DEBATE RENDEZ – VOUS IN EU : THE RULE OF LAW IS THE KEY
Previous Next 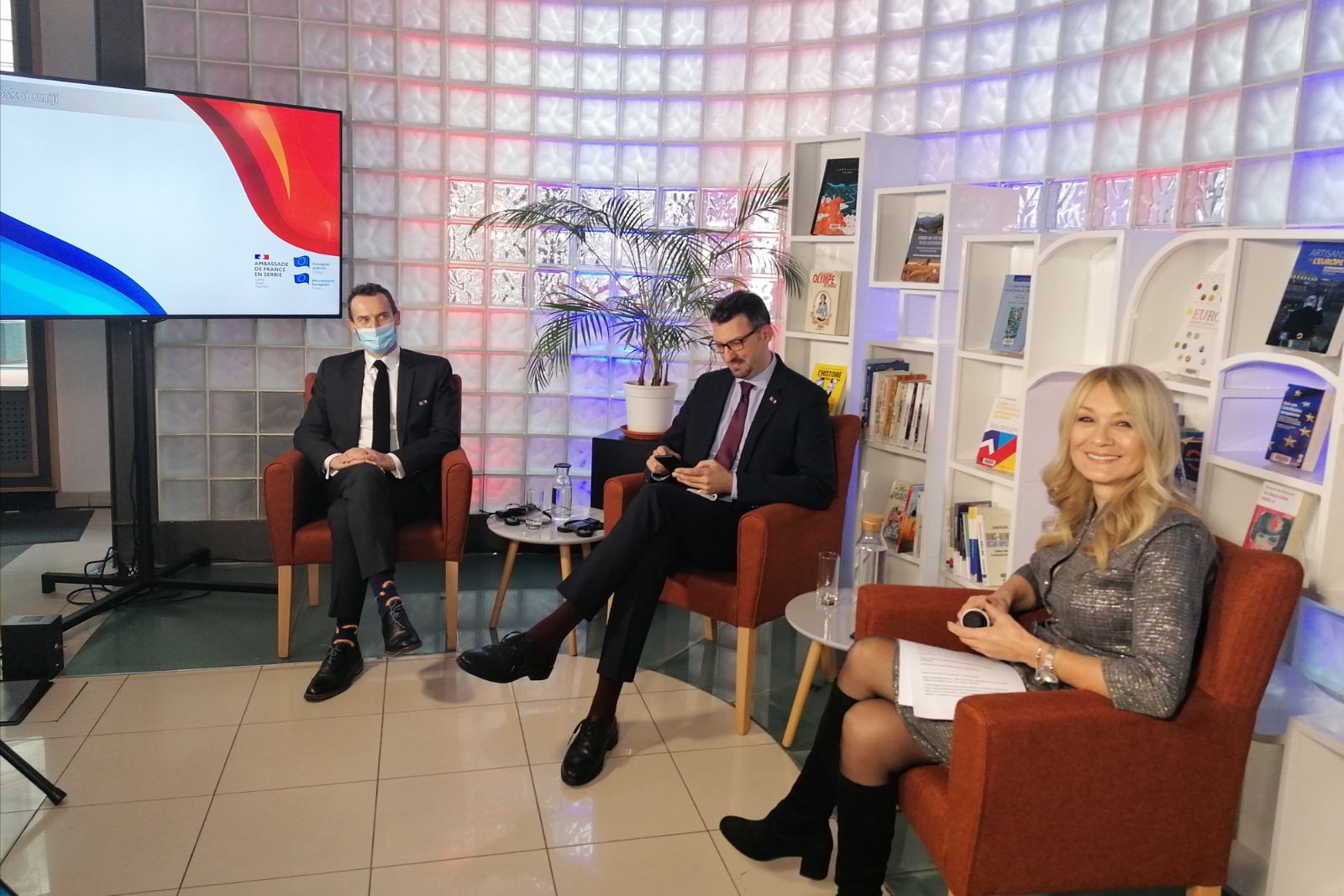 Speaking at the panel on the new Enlargement Methodology and Serbia’s current place in the negotiation process, Srdjan Majstorovic, chairman of the Steering Board of the Center for European Policies, commenting on the fact that Serbia has not opened a single chapter this year, said that the EU foreign ministers’ decision that is the most serious message of the EU so far.

“We warned back in June that if the situation in respect for the rule of law and democratic institutions does not improve dramatically and if attacks on the media and individuals are not reduced, Serbia cannot expect to open a new chapter this year,” Majstorovic said. This is the most serious message of the European Union so far and the message that the Government of Serbia should accept in a rational way and show the European Commission and the member states how Serbia will respond to all negative phenomena during 2020.

Majstorovic referred to Bulgaria’s blocking of the entire enlargement package for Northern Macedonia and Albania and concluded that the new Methodology did not contribute to the process of establishing trust, but made the process more political.

We heard from the media that Serbia has accepted the New Methodology, but we do not know how it will be applied. Part of the responsibility lies with the European Commission.

When it comes to the intergovernmental conference, for which we do not yet know whether it will be held or not, and which is envisaged by the new methodology after the annual report of the EC on the progress of candidate countries, Majstorovic emphasizes the key role of our government. do in the next year and a half as long as her mandate is planned.

The Vice President of the European Movement in Serbia, Vladimir Medjak, stated that the conclusion of the European ministers is an inevitable result because the slowing down of the process and the decline of Serbia in joining the fundamental values ​​of the EU have been visible for several years.

“The messages we received in 2018 and 2019 were not respected and Serbia continued on the same path. The consequence is that things will be much harder to start from this point now. ”

Commenting on the new Methodology as an attempt to revive the process, Vladimir Medjak pointed out that one of the most important things is credibility. “Credibility has been compromised and a lot of work will have to be done to regain it,” Medjak said. He welcomes the new Methodology and points out that after many years, we have an honest document that says that there is no trust on both sides, that credibility has been violated and that work is needed on both sides to restore credibility and trust.

Lucy Gonzalez, an expert on enlargement in the European Movement France, said that the political will to ensure greater credibility of the candidate countries should be expressed in clear political moves when it comes to all domains related to the rule of law, because it is a key area in the EU accession process.

Gonzalez said there were currently more urgent issues in the Union that needed to be addressed, given the pandemic crisis, negotiations on a new EU budget and Brexit, and that it was therefore possible that the intergovernmental conference would be delayed.

“That does not mean that we have forgotten our commitments. I believe that as far as the European perspective of the Western Balkans is concerned, it is a pity that the conference was not held on time, but it will certainly be held because it is an EU commitment and will not give up,” she said. is Gonzales.

Asked whether Serbia could reach an agreement with Kosovo without being forgiven for not reaching the rule of law, Gonzalez said:

“I cannot believe that the issue of rule of law reform can be ignored even if an agreement is reached with Kosovo,” he said, adding that an agreement would benefit both Serbia and Kosovo.

Ellis Bernard, director of studies at the think-tank organization EuropaNova, agreed that the EU enlargement project is far from the priority of the member states and that she is aware that it is happening at the “worst possible moment”.

“We have expanded to the problematic territory and we cannot repeat such a mistake,” Bernard said, adding that an agreement between Serbia and Kosovo is necessary, but not more important than Chapters 23 and 24.

At the panel on international and security policy, the president of the European Movement in Serbia, Jelica Minić, emphasized the importance of the proposal for a new transatlantic agenda for the High Representative for Foreign Affairs and Security Policy, Josep Borrell. It is important, as he says, because one of its parts mentions the dialogue on Kosovo, where the European Union calls on the United States to cooperate closely.

She also referred to the migrant crisis and emphasized that Serbia proved to be a reliable partner and was part of the solution from the very beginning. The topic of security is always relevant in our region, considering that it is a post-conflict region.

The executive director of the Belgrade Fund for Political Excellence, Marko Savković, emphasized that if the West does not put strong pressure on Serbia to leave cooperation with Russia and China, Belgrade would not be able to do that unless it is presented with a clear European perspective. He said that the harmonization of Serbia’s foreign and security policy with the EU policy is below 60 percent, adding that the main reason for that is the Kosovo problem.

Savkovic stated that Serbia will not play against Russia and China in the United Nations, due to the support that Moscow and Beijing provide to Belgrade regarding Kosovo.

That is why the EU is asking the question – how can we receive you if you do not respect the sanctions against Russia due to the annexation of Crimea, nor the condemnation of human rights violations in China, Venezuela and other countries, Savkovic said.

Antoine Godbert, vice-president of the European Movement of France, who welcomed the cooperation between the two European movements, said that the issue of security is long-term and if we want to protect Europe, we are actually talking about the protection of our citizens.

He pointed out that we cannot ignore NATO as an important actor, especially in light of the fact that Serbia borders NATO member countries. The first force within NATO is the United States, whose budget is 10% larger than the French budget for financing this organization. We all need to work together on a strategic autonomy for Europe when it comes to a common foreign and security policy.

Amelie Jaques from Evropa Nova emphasized that only together can we build a security and defense policy in Europe. This was also confirmed in the European Parliament in 2018. Within the common foreign and security policy of the EU, we have 46 active projects and there is good cooperation with NATO. It is important to keep in mind that German-French cooperation is key in this area, she concluded.

The first in a series of conferences “Rendezvous in the European Union” was attended by citizens of Serbia and France, as well as many European countries (Germany, France, Belgium, Sweden, Switzerland). The panels were moderated by Zvezdana Kovac, Secretary General of the European Movement in Serbia, and Veronika Auger, President of the Association of European Journalists.