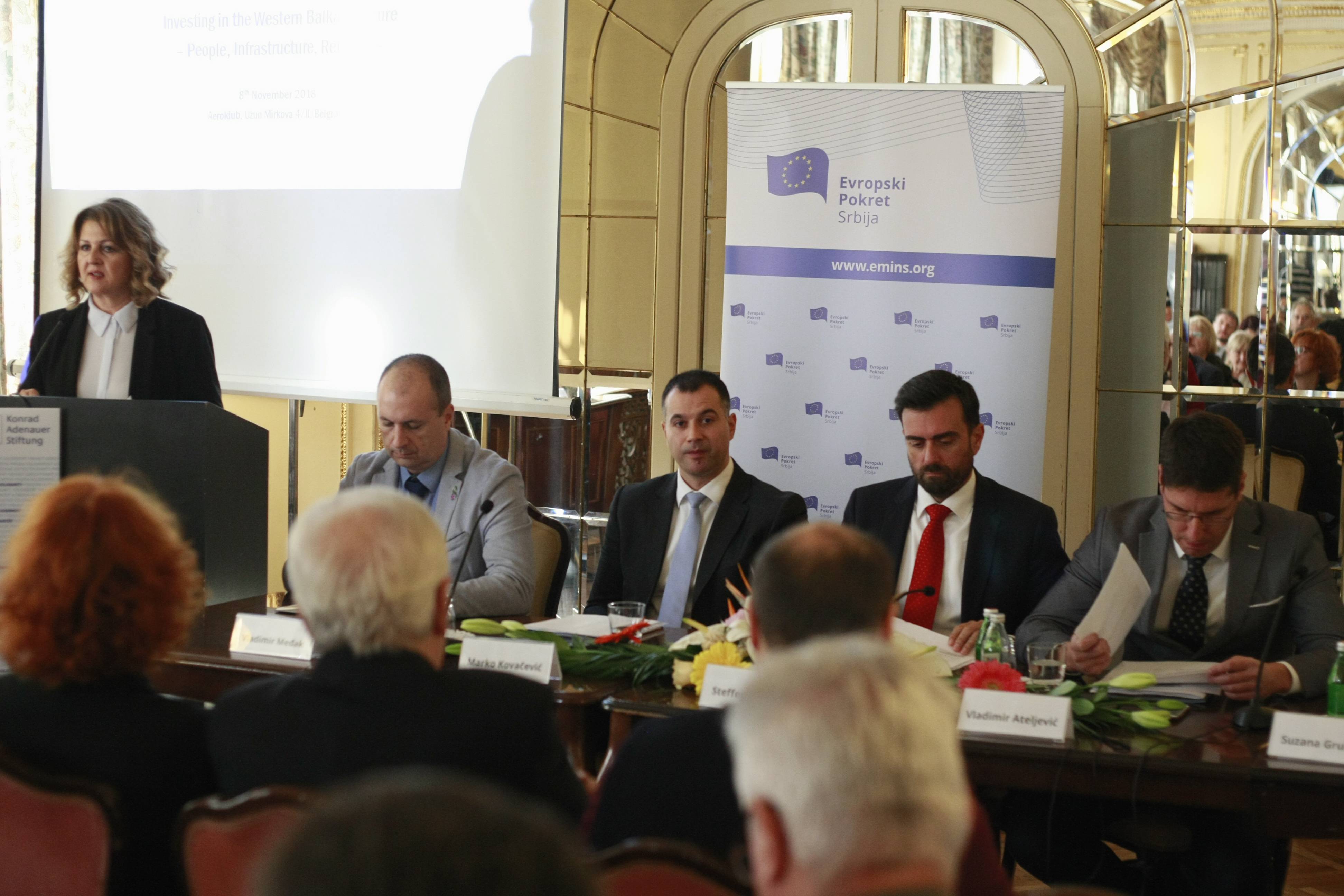 Substantial development of Western Balkan countries is not possible without large-scale public and private investment, which must be planned for the long-term to be successful, European Movement in Serbia president Mihajlio Crnobrnja said on November 8.

The need for investing in the region is vast, while EU companies are currently the biggest investors, Crnobrnja said at a conference, Investment in the Future of the Western Balkans – People, Infrastructure, Reforms, organized by the Movement and the Konrad Adenauer Foundation.

“Investments need to be planned because they do not pertain to a period of five or six months, but are conducted over decades. This is why it is important that we abandon the orthodox idea of neoliberalism which puts the market at the center of everything,” he said.

Konrad Foundation mission coordinator for Serbia and Montenegro Aleksandra Popović said that one of the conditions for investment in the West Balkans was that the EU continue investing in the region.

“If the EU continues encouraging the countries of the West Balkans to stay on their road to EU integration, the economic and political stability of these countries will be at a high level,” Popović said.

According to her, the principles of a state of law and the rule of flaw were the EU’s fundamental tenets, and by honoring these principles Europe secures its political power in the Balkans.

Conference participants said that the region of the Western Balkans was facing numerous challenges, such as ending economic and institutional transition, lowering unemployment, poverty and inequality, the modernization of infrastructure and successful integration into the EU.