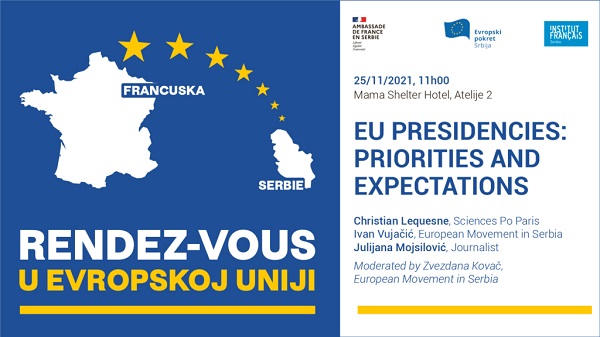 Whether the Western Balkans and EU enlargement can be on the list of priorities of the French presidency, what is the potential for change in EU policy and what constraints the presidency faces, were the questions of today’s panel “EU presidency: Challenges and Expectations”, organized by the European movement in Serbia with the support of the French Institute in Belgrade. 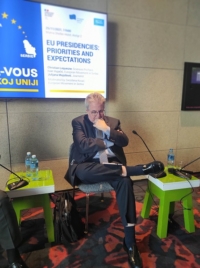 In the introductory part of the panel, Christian Lequesne, professor of political science at the Paris Institute of Political Science and editor-in-chief of the European Journal of International Studies (ERIS), spoke about the priorities of the French presidency of the European Union revolving around the moto: “Recovery, power and commitment.”

“There are numerous advantages of joining the European Union, such as increased volume of trade, stimulating GDP growth, higher salaries, pensions and the like. However, the European Union needs a strong, democratic Serbia that has successfully implemented institutional reforms. First of all, because Serbia is one big country in the Western Balkans that can have the potential to become a factor of stability at the EU’s external borders, which is very important for the European Union”, said professor Lequesne.

Professor Lequesne also emphasized the importance of communication and visibility when it comes to the EU and its values, and said that the relationship between the EU and Serbia and the Western Balkans should be two-way. It is not just about the financial assistance provided by the EU, but about the cooperation that should exist in the field of security, fight against corruption and the like. 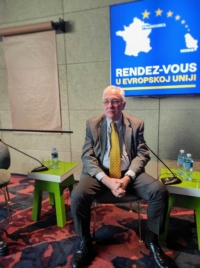 “The fact is that the European Union is about to reform its policy and institutions, which has pushed the issue of enlargement into the background. On the other hand, Serbia is not doing anything to continue the process of European integration. It does not matter at all how many clusters are opened, but how many of them is Serbia able to close. An additional problem is the lack of objective two-way communication between the European Union and the citizens of Serbia, who are convinced that our main and only strategic partners are China and Russia”, said Vujacic and added that insufficient information about the benefits of EU membership is one of the main causes of Euroscepticism.

Journalist and former Reuters correspondent, Julijana Mojsilovic, believes that candidates for membership are often in doubt about what they can expect when fulfilling the conditions for joining the European Union. 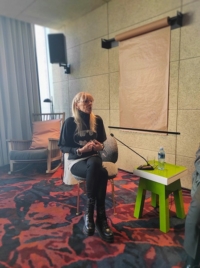 “Often the process of EU integration is reduced to some kind of transactional diplomacy. However, this is not a good solution, as membership candidates analyze the experiences of other countries in the region. For example, Northern Macedonia renounced its previous name to become a NATO member and begin EU accession talks. However, that did not give a concrete result when it comes to European integration,” said Mojsilović.

This was the fourth panel from the series “Rendezvous in the European Union” which the European Movement in Serbia is implementing with the support of the French Institute and the Embassy of the Republic of France.