Home/EMinS News/European Movement International: EU to Respond to Backsliding of Democracy in Serbia
Previous Next 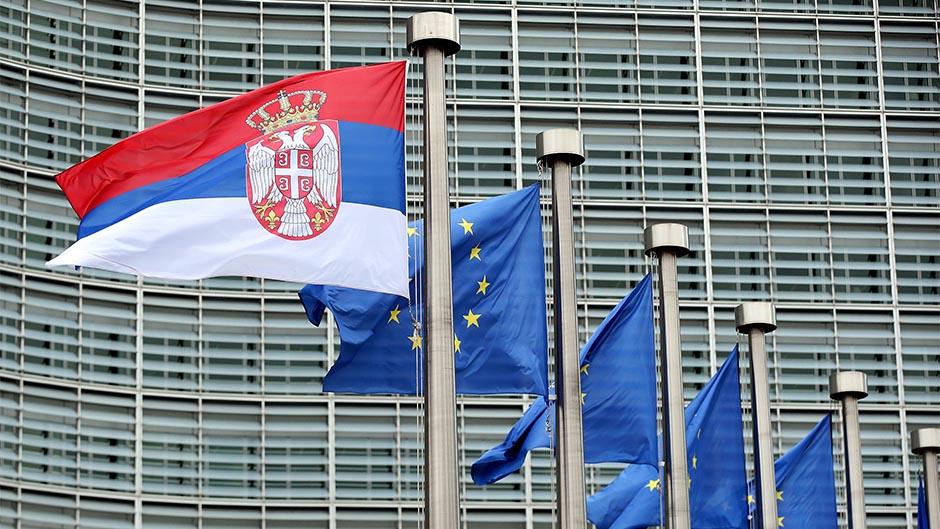 The European Movement International issued a statement on the situation in Serbia, emphasizing the problematic response of the Government of Serbia to the COVID-19 pandemic and pointing out the deep shortcomings of democracy in the country, and calling on the EU to react. Along with the statement, a petition “Serbian democracy is under threat – The EU must act” was launched.

Ever since the start of the COVID pandemic, regimes in Europe and around the world have used the current crisis to compromise democratic principles. Recent events in Serbia are consistent with that trend and constitute a negative development for democracy and civic space in a country that has been on the path to EU accession for a while but where democracy has been in rapid decline for years.

The Serbian government’s management of the health crisis has raised many questions. Its decision to hold large public events and go ahead with the national elections, in the peak of a health crisis, confounded many and made the imposition of draconian lockdown measures right after the elections seem politically motivated. In a country ablaze with suspicion that the data on infections and deaths caused by COVID-19 has been manipulated by those in power, trust was already low.

In such an atmosphere, it is citizens’ fundamental right to hold their government to account. The wave of protests instigated by young people and joined by citizens from all walks of life, is a manifestation of the Serbs’ wish to voice their legitimate concerns about the government’s handling of its response to the pandemic. Their right to protest should neither be denied, nor met with violence. Trying to silence protesters and journalists through the exercise of force is a violation of fundamental rights. Similarly, the freedom to protest should not be highjacked by a small minority of protesters’ intent to soil that right with the use of violence.

After years of steady descent away from European democratic norms, the current political unrest that has engulfed Serbia is not a symptom of the health crisis. It is the result of deeper, much further-reaching structural and democratic shortcomings in the country.

It is imperative that measures adopted by the Serbian government during the health emergency remain proportional to the threat of the crises and that they respect democratic values. Citizens require openness about the decisions that affect them and wish to be involved in the response to a health crisis that has cost far too many lives. Civil society and the media should be given a strong, independent role in keeping in check the country’s path towards recovery.

Beyond the pandemic, democratic and structural reforms, that will safeguard inclusive and transparent decision-making, strengthened by an independent media and permitting dialogue with civil society, are vital to regain citizens’ trust and keep a trajectory towards a European future.

The transformative power of European integration has at its core the need for demonstrating respect for the rule of law and fundamental democratic principles in Serbia, according to the EU’s founding values. The EU must ensure that the Serbian government lives up to its responsibilities in the context of the accession negotiations.