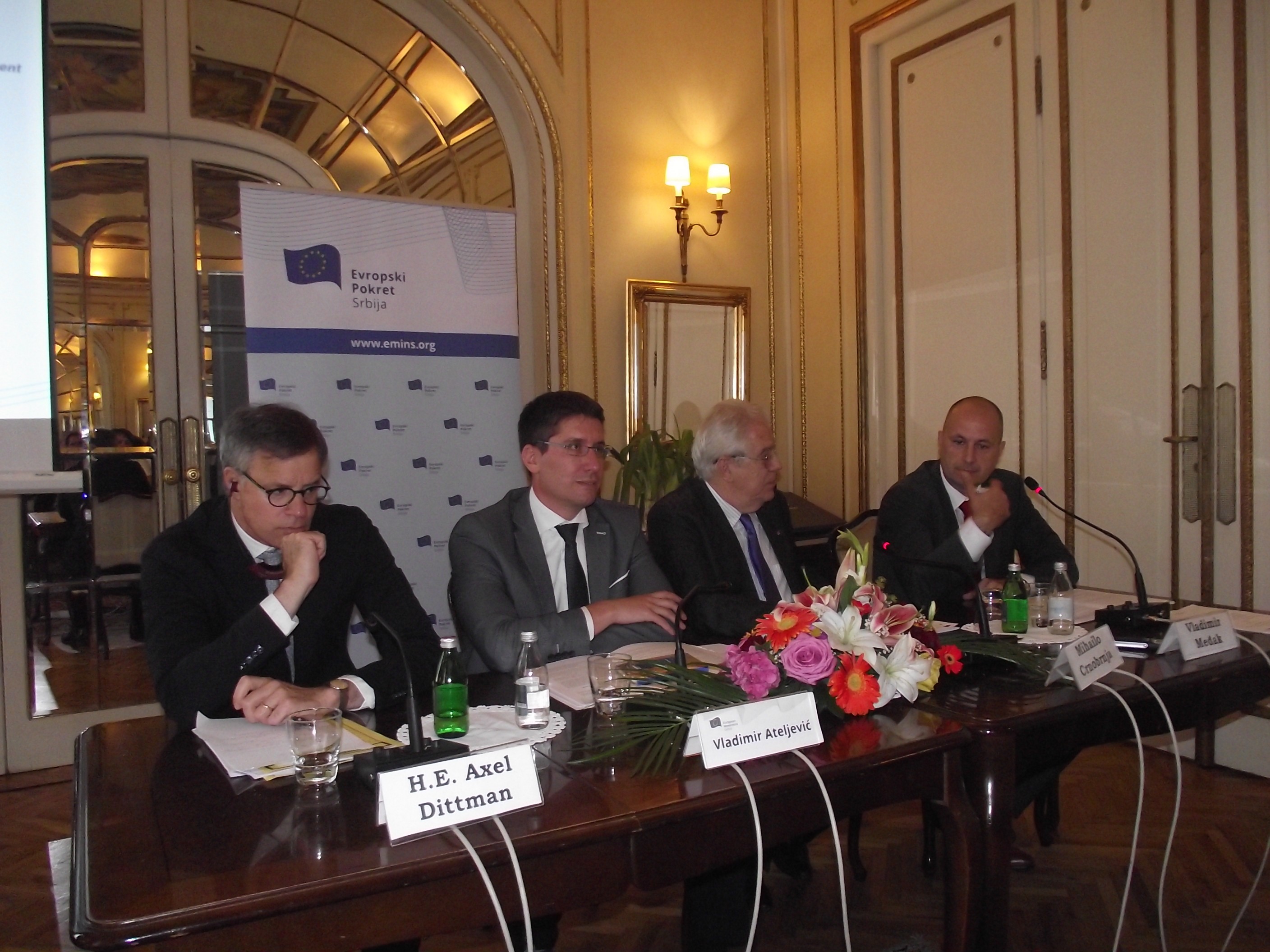 The European Movement in Serbia, in cooperation with organizations from Macedonia, Bosnia and Herzegovina, Montenegro and Albania, on June 21 proposed 12 points for the reform of the European Union – one of them being a change of the admission strategy, because enlargement should be quicker.

German Ambassador to Serbia Axel Dittmann said that the EU’s doors were open for talks and consideration of reforms in the context of the rule of law.

A member of Serbia’s team for membership negotiations, Vladimir Ateljevic, said that Serbia had experienced two benefits – the visa liberalization and positive economic effects of the Stabilization and Association Agreement (SAA).

“Thus, 75 percent of investments in Serbia are nowadays from the EU. We used to export grain and sugar to Europe, whereas nowadays we export automobiles and industrial products,” Ateljevic said.

The president of the European Movement in Serbia, Mihailo Crnobrnja, said the improvement of economic relations brought a better degree of mutual tolerance and understanding, which could bring better life to the region.

He added that Serbia’s being slow in implementing laws had affected the pace of its association with the EU.