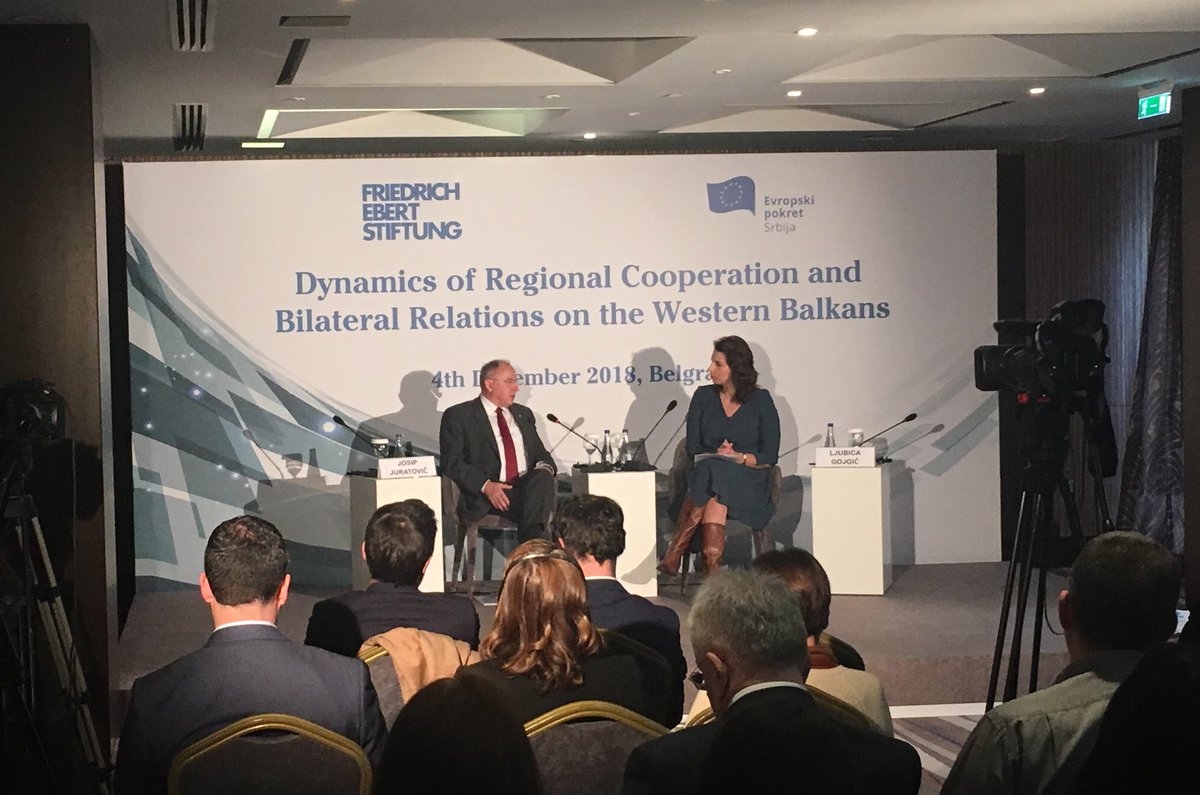 The Friedrich-Ebert-Stiftung and the European Movement in Serbia cordially invite you to the panel debate and presentation of the analysis
Security Radar 2019: Wake-Up Call for Europe on June 26th, 2019 from 10h00 to 12h00 at the ENVOY Congress Centre, Gospodar Jevremova 49, Belgrade.

In the context of dramatic challenges for the European security architecture the Security Radar 2019: Wake-up call for Europe analysis aims to shed light on two main factors which have a substantial impact on political decision makers: public opinion in general and expert perspectives regarding the security and foreign policy situation in Europe.

In the 30 years since the fall of the Berlin Wall and the seemingly solid and peaceful road towards European unity, new divisions have opened within Europe, and even within the European Union. Security Radar 2019 systematically analyses and investigates the attitudes and values related to the current security and foreign policy situation in Europe, five years after the eruption of the crisis in Ukraine and the annexation of Crimea by
Russia. Seven countries were chosen to participate in this public opinion poll. They are France and Germany, two founding members of the organization now known as the European Union; Latvia and Poland who joined the EU in 2004; Ukraine, which signed an Association Agreement with the EU in 2014 and a Deep and Comprehensive Free Trade Agreement (DCFTA) with the EU in 2016; Russia and lastly Serbia, which has had candidate status for EU membership since 2012. The foreign policy debate in Serbia is focused on the Kosovo conflict and the European Integration process which is often perceived as standing in competition with the development of closer ties to Russia. Therefore, we are sure that we can make an important contribution to the debate on foreign policy and stability in the Western Balkans on the basis of the Security Radar analysis.

The presentation of the analysis will be followed by a panel discussion with experts.