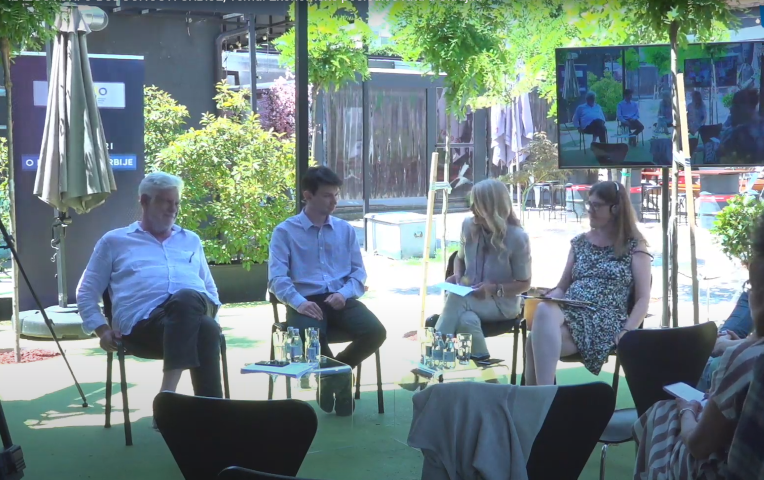 Inflation, as a result of the war in Ukraine, will be between 10 and 14 percent, depending on how long the war will last. The winter will be cold and expensive, higher interest rates and rising prices await us, and Serbia can no longer “sit on two chairs”.

These are some of the conclusions of the panel titled “The economic consequences of the war in Ukraine” from the series “Conversations on the Future of Serbia” realized by the European Movement in Serbia and the Friedrich Ebert Foundation.

The general secretary of EMINS, Zvezdana Kovač, opened the panel with the statement that the war in Ukraine already has unfathomable consequences, first of all, for Ukraine and its people. At the global level, according to the United Nations index, food prices are at the highest level since this type of record began to be kept 60 years ago. She also cited the World Bank’s warning that the war in Ukraine will cause the biggest upheaval of the so-called black goods from the seventies. 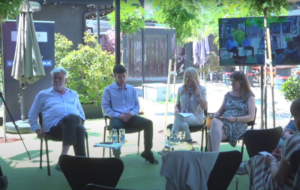 When asked what kind of winter awaits us, Aleksandar Milošević, economic journalist of the newspaper Danas, said: “expensive and cold, due to the situation in the EPS there will be problems with energy sources and we will have to import electricity in addition to what we already have. We import coal despite the fact that we have Kolubara. It seems that no one notices that we already have the consequences of the war in Ukraine, inflation is 10.4% and that is only the result of the Ukrainian-Russian crisis. Before the war, the predictions were that inflation would return to 4%”. 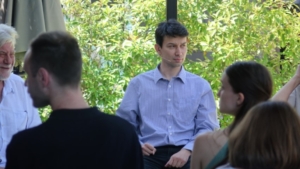 The president of the Serbian business club “Privrednik”, Zoran Drakulić, said that the war in Ukraine is not a war against nationalism, but that it is “a war for resources as well.”

“Energy prices are rising, if you introduce sanctions against Russia, you are aware that there will be a crisis. Every day we hear from the Russians that they will close Odessa. These are huge amounts of grain that will not reach the market,” Drakulić said.

Drakulić noted that Serbia “shouldn’t have problems with food” and recalled the farmer’s rebellion for the purchase of wheat. He emphasized that things are getting worse every day when it comes to energy sources and that there is no reason for a shortage of wood on the Serbian market. 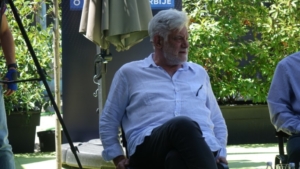 “That energy source is still one of the cheapest, regardless of the fact that prices have risen. Pellets are still cheaper than anything else, but there are no pellets. The second largest factory in Serbia caught fire yesterday, while another one is closing in three months,” Drakulić said.

Branimir Jovanović, an economist from the Institute for International Economics in Vienna, pointed out that all countries face a similar problem and that there is no EU embargo on Russian gas and it will not be introduced either. What can be done is to find alternative energy sources for Russian gas. For example, by taking gas from other countries and the like. Work must be done to reduce dependence on gas in general, not only from Russia. Renewable energy sources are the solution, but Serbia is not working on it enough.

He pointed out that the economic situation in Serbia is not that bad and that he does not expect a recession this year, and that everything depends on what the situation will be like in Ukraine by the end of the year. “Our forecast is that inflation in Serbia will be 10 percent, and if the war lasts, then it will be 14 percent,” he said. In his opinion, economic growth will be slower next year, and inflation will be a little higher. “Next year, inflation will be 6 percent, and that is probably the difference between this crisis and the crisis with Covid-19. This crisis will reduce growth for a long period,” he pointed out.

He also said that Serbia, when it comes to sanctions against Russia, is trying to sit on two chairs, “There is no doubt that Serbia is trying to sit on two chairs, to have good relations with the EU and Russia, because it has stronger ties with Russia than any other country in the region. However, we see that the EU is still not taking any action against Serbia”. Jovanovic emphasized that the consequences will come later, and that Serbia may benefit in the short term from such a policy, but that these actions are worsening its reputation in the world.

The Permanent Deputy Ambassador of Germany in Serbia, Dorothea Gieselman, said on the subject of Serbia sitting on two chairs: “it is not that Europe or the member states are allowing it. We take note of the policy introduced by Serbia as a sovereign country, we do not punish Serbia for the things it did or did not do. We do not conduct foreign policy by punishing”. 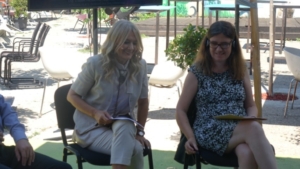 Referring to the recent visit of German Chancellor Olaf Scholz, Gieselman said that the EU wants Moscow to be sanctioned for violating the international order, and she added, “I know that the word sanctions is well remembered in this area, but these are targeted sanctions directed against war. We have to understand that we can no longer rely on Russia as a reliable supplier of energy, as well as that Russia uses gas and oil as means of blackmail and that it sometimes honors and sometimes it does not honor its promises.”

You can watch the entire panel HERE.