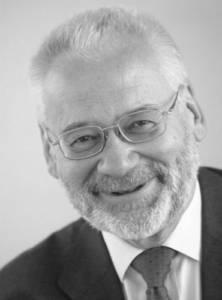 Erhard Busek has passed away. He was former leader of the Austrian People’s Party, former Austrian Vice Chancellor, Minister of Science and Research, Minister of Education, President of the European Forum Alpbach and later its Honorary President, who chaired Vienna Economic Forum, and was active in the EU Strategy for the Danube Region. At the end of his life, he was the President of the Board of Directors of the Institute for Danube Region and Central Europe, and an honorary lecturer at a number of Austrian and foreign Universities. He was a man of vision, with inexhaustible energy, knowledge and political skill, who was highly respected in his native Austria, and throughout Europe.

Here in our region, he will be remembered as the coordinator of the Southeast European Cooperative Initiative since 1996, the Austrian government’s envoy for EU enlargement, and above all as the Special Coordinator of the Stability Pact for Southeastern Europe, who was present in our daily lives while performing this duty from 2002 to 2008. Before leaving this post, he played a key role in transforming the organization into a Regional Cooperation Council, which was handed over to the region itself in 2008. He strongly supported Slovenia and Croatia’s accession to the EU, and subsequently also that of the Western Balkan countries.

He frequently visited our capital cities and was a well-known person on the front pages and television screens. He moved with equal ease in the circles of politicians, businessmen, civil society and academia, connecting them all on common tasks. Hence anyone who is engaged in the Western Balkans will find it impossible to overlook his name in shaping this region in post-Yugoslav times.