Home/EMinS News/Milenković: Realistically Speaking  Serbia Will Join the EU in 2025
Previous Next 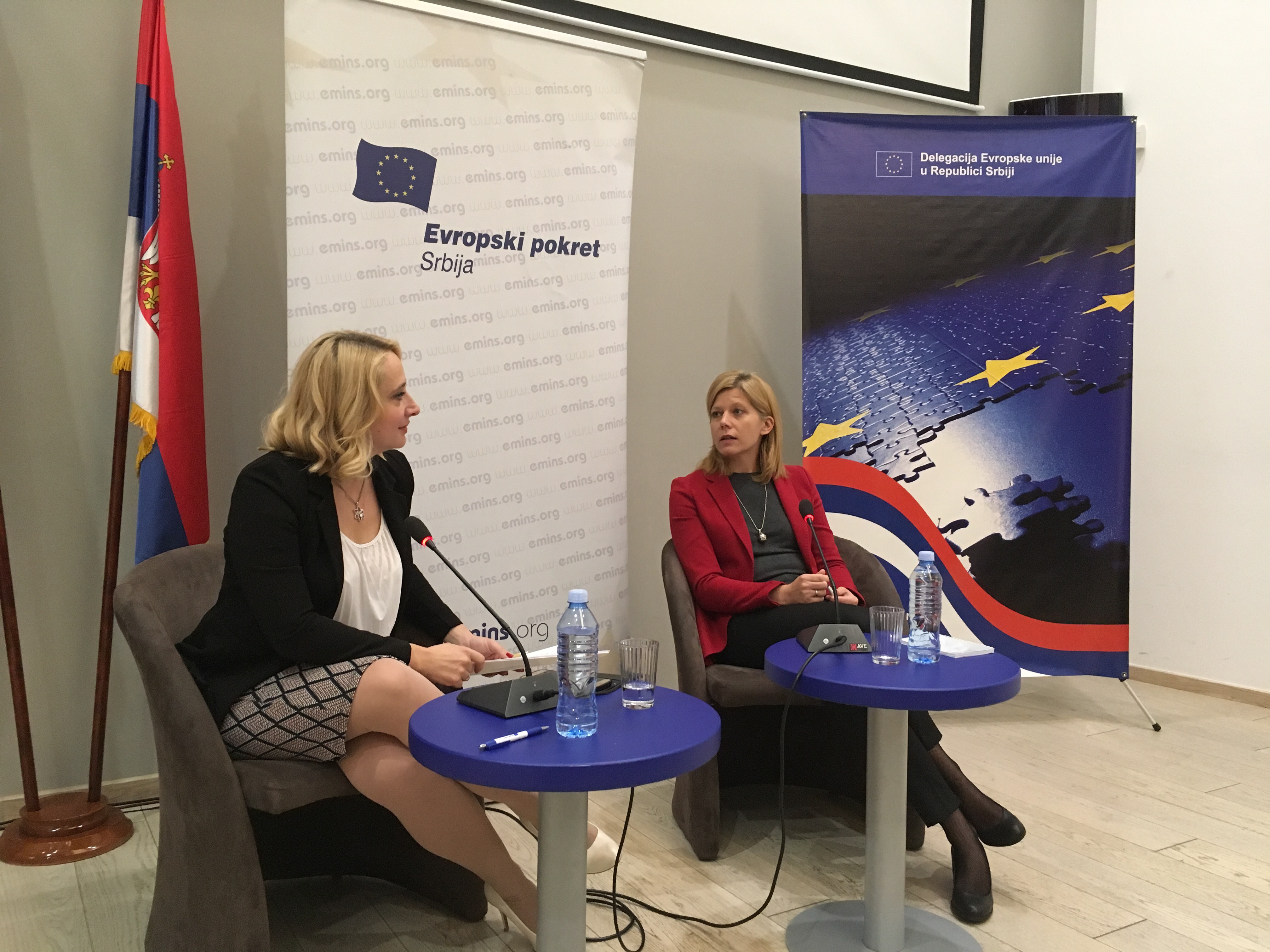 Assistant Minister of European Integration Ksenija Milenković said on September 25th that it was realistic to expect that Serbia would become a member of the EU in 2025 and that she expected the Union to continue offering support for expansion as one of its most successful policies since its inception.

In a debate called Ask Me Anything About the EU, Milenković said that she was pleased with the result of a poll in which 55 percent of respondents supported Serbia’s European integration, given that this support had been less than 50 percent in previous years.

Remarking that “there is a tendency of rising support for European integration” in Serbia, Milenković recalled that for the first time in January this year support exceeded 50 percent, while according to the latest survey conducted by the Ministry of European Integration in August support equaled around 55 percent.

“This result is affected by the dynamics of the negotiating process and the fact that Serbia is continuously opening negotiating chapters,” Milenković said.

Milenković said that the ministry and the government were aware that support for Serbia’s membership in the EU was waning among the youth and that “the youth are increasingly skeptical of future membership” in the Union.

The debate, which was held at the EU Info Center and was organized by the European Movement in Serbia, was supposed to bring the European integration process closer to the audience. Questions were asked by the participants, as well as by everyone who followed the event on social networks.