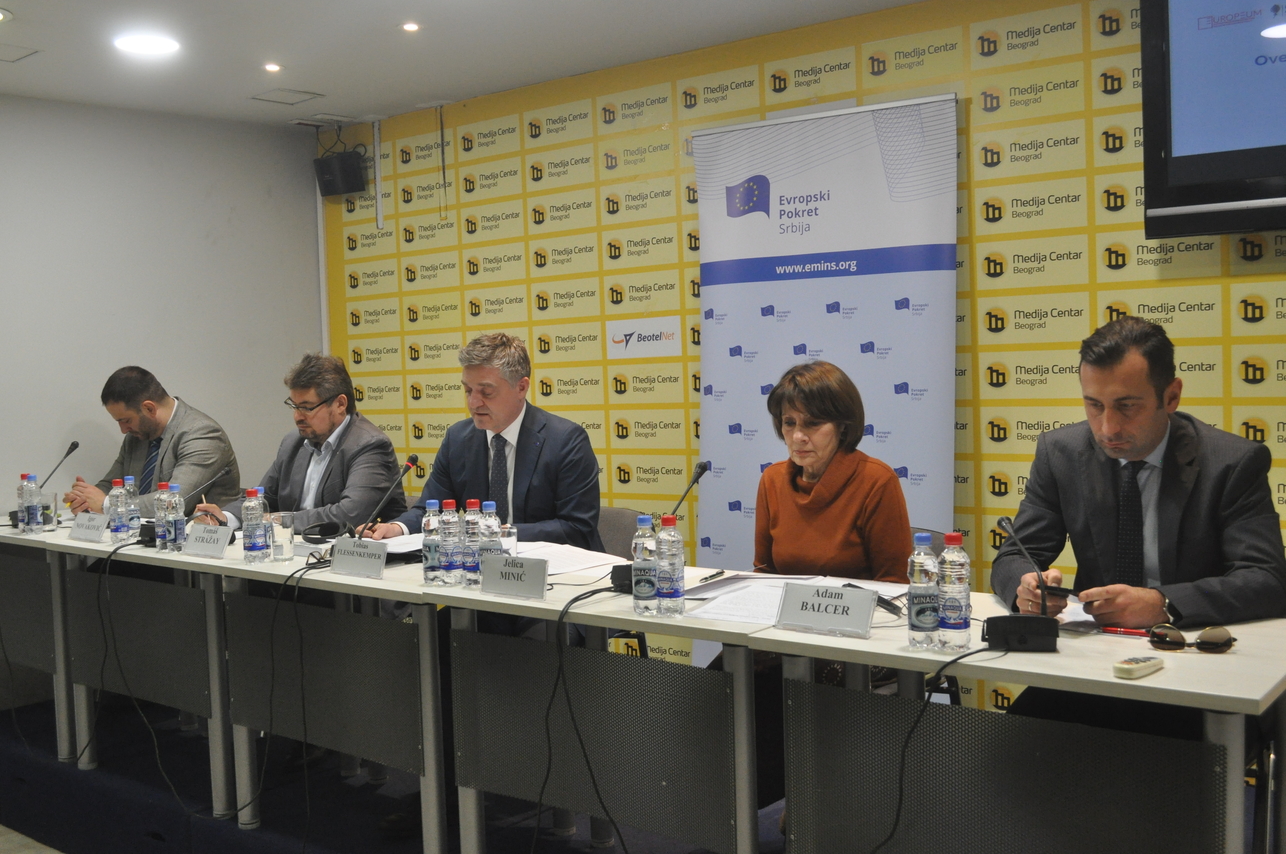 Reconciliation is a long-lasting and very sensitive process which shows the importance of the role political leaders of the countries participating in that process play, both minority and majority leaders in the countries involved in this project, said Jelica Minić, Vice President of the European Movement in Serbia while opening the conference Overcoming the Past Together.

The conference was organized in the form of two panel discussions, with the aim of presenting concrete ideas and proposals, based on identified good practices of the Visegrad Group countries, which can be useful in the reconciliation process in the Western Balkan countries.

The Head of the Council of Europe Mission to Belgrade, Tobias Flessenkemper, emphasized the importance of establishing a new approach to the consideration and study of history in youth education in his introductory address. A major problem is the fact that young people born in the Western Balkans after the wars of the 1990s, are not educated by historians but are heavily influenced by the media (television, social media).

An example of reconciliation between Poland and Germany, full of ups and downs, was presented by Adam Balcer, a researcher at the WiseEuropa Institute in Warsaw, who said that their example can be very interesting for Western Balkan countries, since its political leaders tend to abuse the sensitive issue of history with the aim of raising tension. Despite having had a relationship full of conflicts, these two countries share a large amount of coexistence.

Talking about the example of reconciliation between Slovakia and Hungary, director of the Slovak Foreign Policy Association, Tomasz Strazay explained that reconciliation is not a one-sided process, nor a one-tier process. He stressed that the Western Balkan countries follow the positive examples, but they cannot copy them.

Research Director of the Center for International and Security Affairs (ISAC Fund) Igor Novaković presented the results of his study on relationship between Serbia and Hungary, which is a particularly interesting one, given that Serbia is a Western Balkan country and Hungary is a member of the Visegrad Group. He stated that there has been a fundamental shift in the reconciliation process from which many recommendations can be drawn.

In the second panel discussion, the reconciliation process between Serbia and Albania was discussed. Panelists were Ivan Đurić, programme director of Youth Initiatives for Human Rights, Nenad Đurđević, advisor to thePresident of Serbian Chamber of Commerce and Jelica Minić, Vice President of the European Movement in Serbia. According to Ms. Minić, the case of Serbia and Albania is the easiest of all previously stated. The two countries are developing very good economic cooperation, as well as a successful cooperation in the sector tourism, which creates space for further collaboration and connection.

Project From Warsaw to Tirana: Overcoming the Past Together is realized by the European Movement in Serbia, EUROPEUM Institute for European Policy from the Czech Republic, Research Center of the Slovak Foreign Policy Association, Hungarian Institute for Foreign Affairs and Trade, WiseEuropa Institute from Poland and the Academy for European Integration and negotiation from Albania, supported by the International Visegrad Fund.