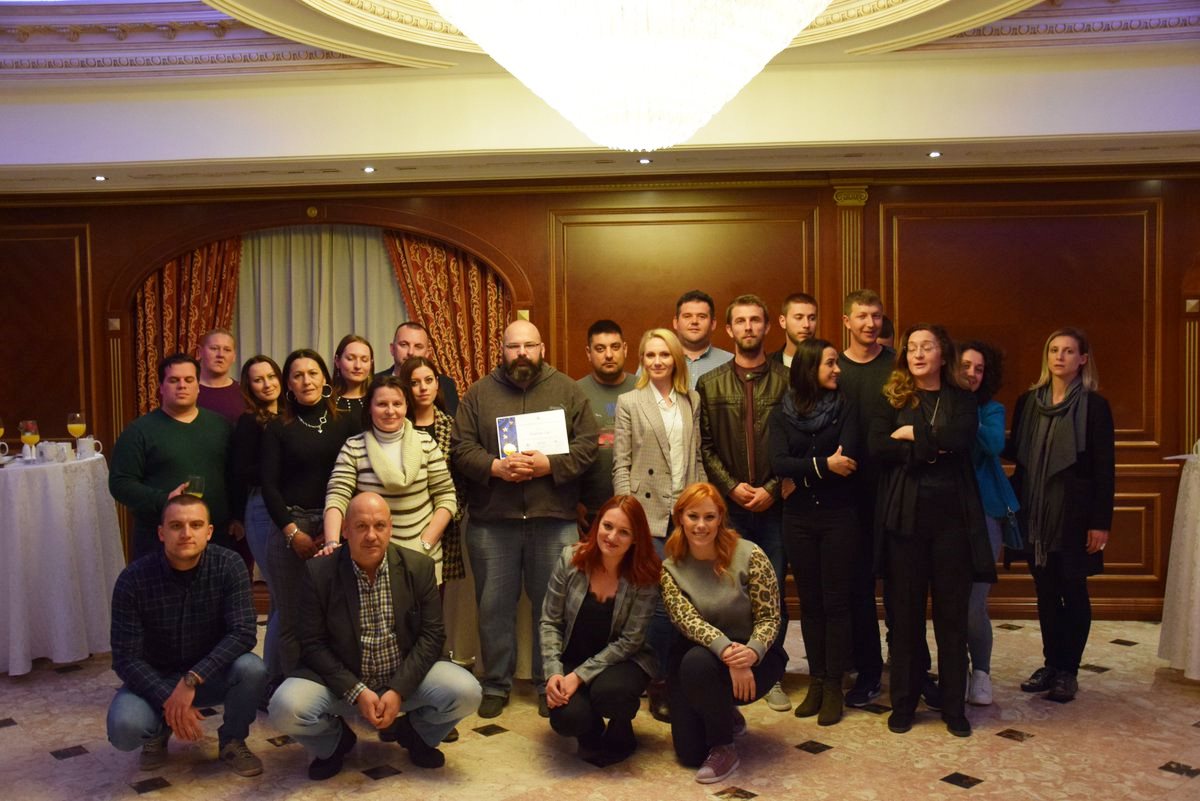 A one-day visit to Prishtina was organized this week, as a closing event of the School of European Integration for the generation 2018.

Participants had the opportunity to visit the Assembly of Kosovo, the Commission for Budget and Finance and the Kosovo Center for Security Studies. They were hosted by a Member of Parliament and the leader of the Independent Liberal Party, Slobodan Petrović, who talked about work of the Assembly, political life of Kosovo Serbs and answered numerous questions. A meeting has been held with Safete Hadergjonaj, Deputy Chairperson of the Commission for Budget and Finance, while the participants of the module on rule of law met with the executive director of the Kosovo Center for Security Studies, Mentor Vrajolli, and researcher Plator Afdiu.

At the end of the day a formal ceremony was held where the certificates have been awarded. The event was organized by the Kosovo Foundation for Open Society, with Representatives of all three organizations which implemented the project in attendance — European Movement in Serbia, Center for Communication for Society Development and NGO Aktiv.