SHARE YOUR KNOWLEDGE: FRESHSTART FOR THE NEW GENERATION OF MENTEES!

Home/EMinS News/SHARE YOUR KNOWLEDGE: FRESHSTART FOR THE NEW GENERATION OF MENTEES!
Previous Next 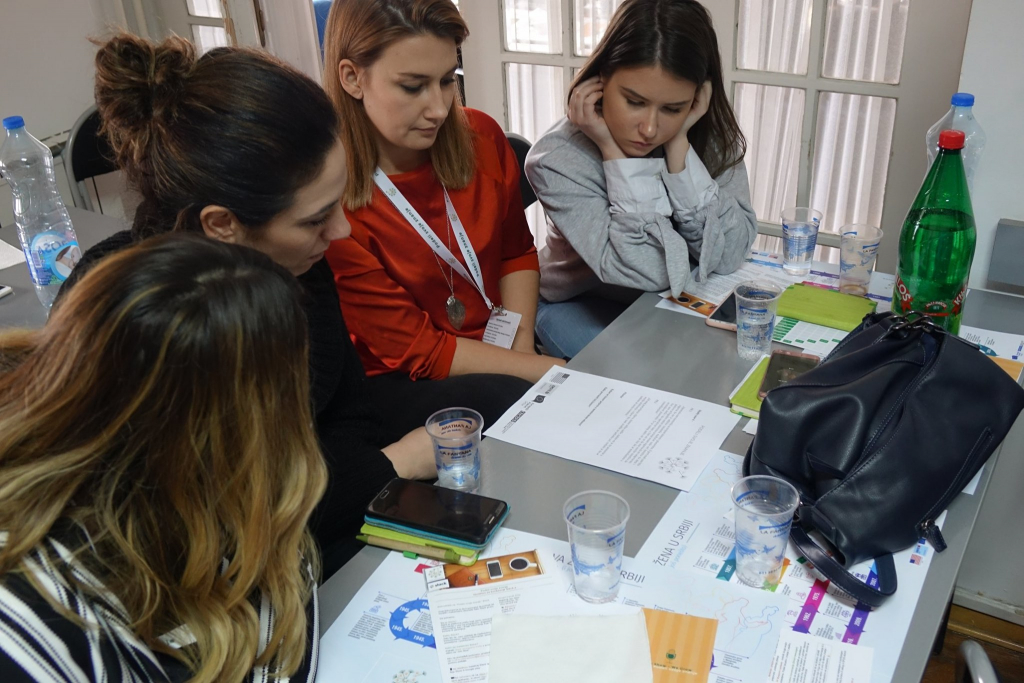 SHARE YOUR KNOWLEDGE: FRESHSTART FOR THE NEW GENERATION OF MENTEES!

Last Saturday, January 25, 2020, with the Preparatory Meeting for Mentees, the X jubilee cycle of the Mentoring program for women Share Your Knowledge officially began!

At the preparatory meeting, the mentees had the opportunity to get acquainted with the concept and tools of mentoring, as well as the agenda, dynamics and methodology of the Program in the next 11 months. In addition to getting acquainted with the program, the mentees had the opportunity to get to know each other through games and interactive workshops and lay the foundations for new friendships.

A special guest at the Preparatory Meeting was one of the founders of the Program and former project manager, as well as an expert in the field of mentoring, Svetlana Stefanović. Svetlana brought the experience in the field of development of mentoring relations closer to the new generation and gave advice for a good start in establishing mentoring relations as well as further development.

After a productive day, the mentors found the First Meeting very useful and now we are continuing the 11-month adventure with a lot of enthusiasm! #Staytuned

The program has been implemented in partnership by the Embassy of the United States, Erste Bank, the Organization for Security and Cooperation – Mission in Serbia(OSCE) and the European Movement in Serbia since 2010.

By premins| 2021-04-09T18:42:46+00:00 January 29th, 2020|Categories: EMinS News|Tags: Mentoring, Share Your Knowledge, Women Empowerment|Comments Off on SHARE YOUR KNOWLEDGE: FRESHSTART FOR THE NEW GENERATION OF MENTEES!