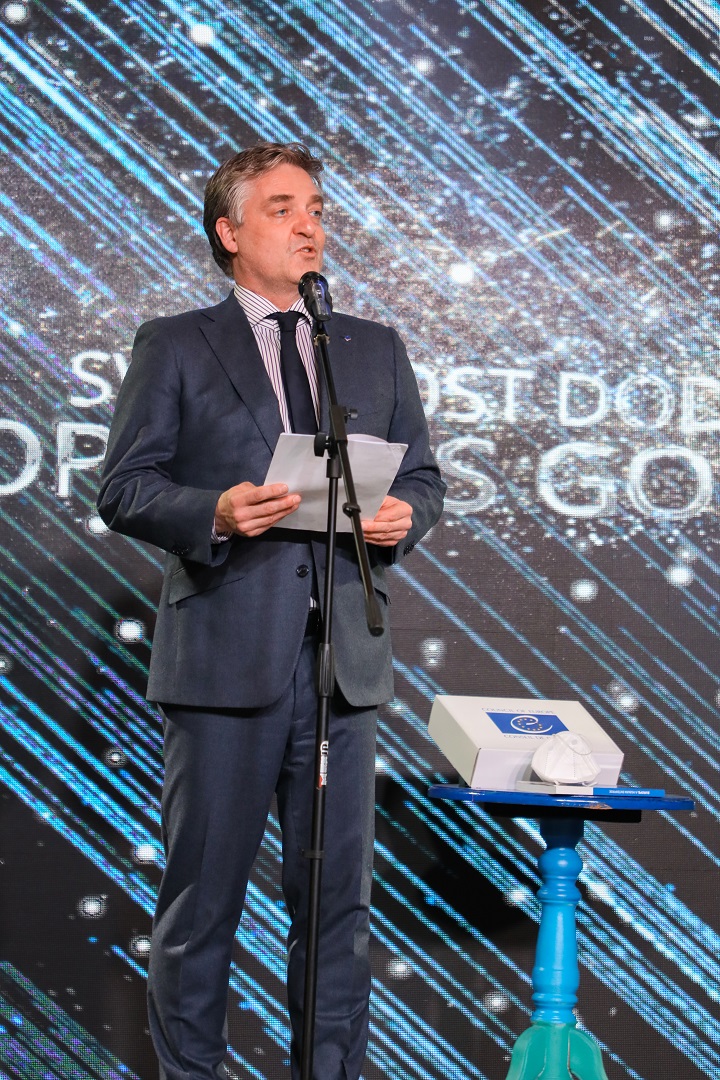 We are transmitting the speech of Tobias Flessenkemper, Head of the Council of Europe Mission in Belgrade, in full:

Thank you for the invitation to the General Assembly.

There are only a few places where I feel more “at home” than at the European Movement. The reasons for that are the united roots of our organizations. The Council of Europe and the European Movement both originated from the Congress in The Hague in 1948, which was also attended by activists from the former Yugoslavia. However, there are also personal reasons for this feeling I have. In my youth, I was part of the European Movement, as a “JEF”, a Young European Federalist. It was the expert visit to Belgrade as a JEF that brought me to this city for the first time. In the mid-1990s, in very difficult times, by meeting young Europeans from Serbia, I realized that Europe is much more than the European Union.

Ladies and gentlemen, I can say without a doubt that the European Union is the most advanced organization of the European community. We are extremely proud of that. Serbia has ambitions to join the 27 member states, their common market and the European Economic Area, the Schengen zone of 22 EU countries along with Iceland, Liechtenstein, Norway and Switzerland and to adapt the euro as the common currency of 19 member states.

This flag has its author, Arsene Heitz, a man who worked in the Information Department of the Council of Europe, but not as a designer, but as a dedicated European. The project began in 1950 when Germany, which is our current chairman of the Council of Europe, joined the organization. Also, then our first director of communications noticed that the flag was accepted as the official flag of the Council of Europe in December 1955. Today, Portugal holds the EU presidency. Exactly on the day when Portugal joined the European community, on January 1, 1986, not only was the Portuguese flag raised in Brussels, but also our common European flag, as the European Union accepted the flag as a common symbol in 1985. The story of the flag was written by the former president of the European Movement, Charles Kohler, and it can be found in the book “Europe, a Human Enterprise”, which I have the honor to give to the European Movement.

“Nothing is possible without women and men, nothing is sustainable without institutions” – Jean Monnet

This was written by Jean Monnet in his memoirs. The flag is a flag not because of the committee, but because of the dedicated individuals. It has survived inspired by European values, and has been “carried” by individuals like you and members of the European Movement. There is no substitute for our commitment to common values. Each of us must defend, support and develop our institutions, holding them accountable. That is just one of the stories this flag tells us. It is also a reminder that each of us, wherever we are, in whatever position we are in, cannot escape our responsibility to stand up for our values. Otherwise, this flag would be just a piece of cloth with twelve golden stars on a sky-blue background. I know that the flag is much more than that for you, members and activists of the European Movement in Serbia. It is a reminder that our Europe must be built and defended every day and that we are together in that. We are building our common future in Europe.

Long live the European Movement in Serbia! Thank you.