The European Movement in Serbia on a study visit to Bratislava

Home/EMinS News, EMinS Statements/The European Movement in Serbia on a study visit to Bratislava
Previous Next 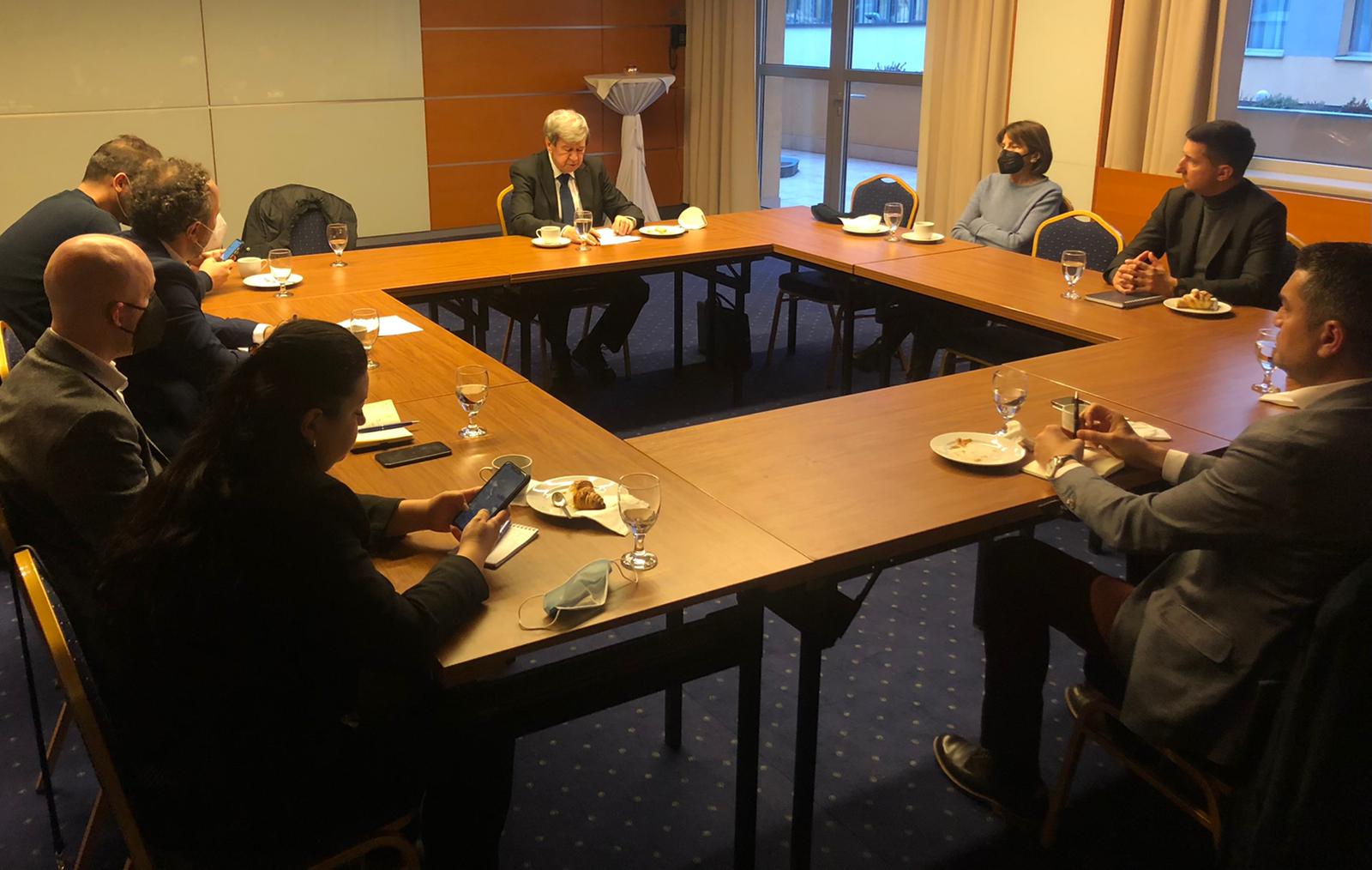 The European Movement in Serbia on a study visit to Bratislava

From 17 to 21 January 2022, The European Movement in Serbia, the Institute for Democracy in Skopje (IDSCS) and the Albanian Institute for International Studies (AIIS) participated, together with representatives of the Ministries of Foreign Affairs of Serbia, Albania, Bosnia and Herzegovina, Kosovo * and Northern Macedonia, in a study visit to Slovakia within the regional project “Think Balkans”. The host and organizer of the visit was the Slovak Foreign Policy Association (SFPA), from Bratislava.

The study visit program was very intensive and included representatives of the Office of the President of the Slovak Republic, the Ministry of Foreign Affairs, the International Visegrad Fund (IVF), a Slovak representative of the European Parliament and rapporteur for Serbia and the chairman of the EP Committee for Montenegro, as well as NGO representatives. During the visit, a working meeting was organized between representatives of the think tanks consortium Think Balkans and the Ministries of Foreign Affairs of the Western Balkans in order to harmonize the Memorandum of Cooperation of research organizations and examine the format of support of ministries. Ten meetings organized over four days removed many doubts and strengthened the intention of the research organizations to continue their work in cooperation with the Ministries of Foreign Affairs.

The aim of this visit was to obtain additional information from Slovak partners and hosts, as well as the International Visegrad Fund, on the work of Think Visegrad, a consortium of research organizations from the Visegrad Group based on which Think Balkans was established. Also, the relations with the Ministries of Foreign Affairs and the way of selecting key topics were discussed, as well as the presentation of the obtained analyzes.

The possibilities of long-term financing of the Think Balkans consortium, in which the IVF has played a key role so far, were discussed with the director of the International Visegrad Fund, and the Western Balkans Fund (WBF), which should take over the role of the main donor. Mechanisms and domains of financial support that would be supported by the above, as well as other donors, were discussed.

It is expected that this very intensive exchange of opinions will contribute to further institutionalization of cooperation between the Ministries of Foreign Affairs and think tanks in the region in joint analysis of foreign policy topics of common interest and formulation of appropriate foreign policy recommendations.