THE EUROPEAN UNION MUST BE OUR CHOICE 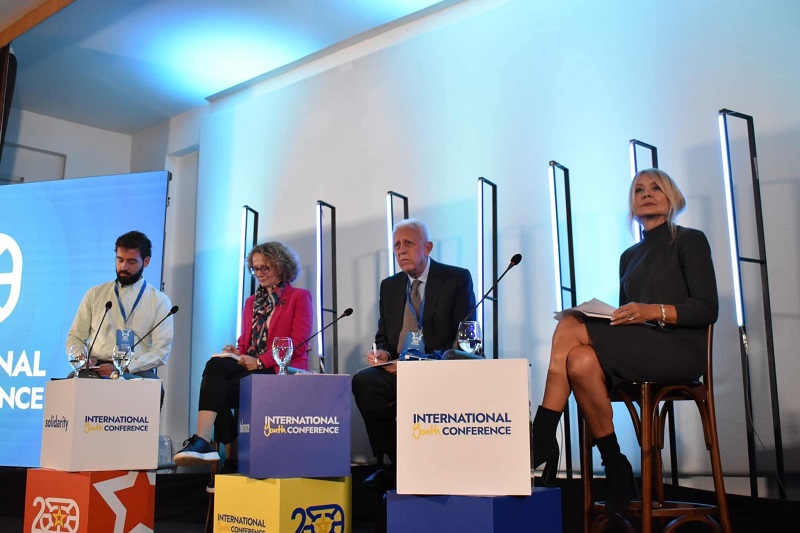 THE EUROPEAN UNION MUST BE OUR CHOICE

At the just concluded 20th International Youth Conference, held in Kruševo, North Macedonia under the title of European Values ​​for the Future of Southeast Europe, many participants gathered from all countries of the Western Balkans who deal with European integration. Among them were our general secretary Zvezdana Kovač and project manager Zorana Milovanović.

EMinS’s representatives actively participated in the work of the conference, who, in addition to participating in parallel sessions, also followed meaningful debates on the topic of the European future of the region. 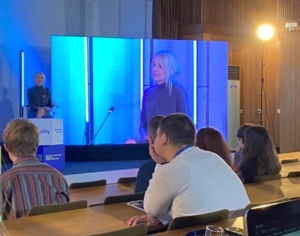 The future of Serbia and its right choice is the European Union, said Zvezdana Kovač, noting that regardless of the long process, many problems, ambivalent messages from the authorities and sometimes insufficiently clear messages from the European Union, we must be optimistic, because the EU is our natural choice if we want to be a democratic country. “When I say the European Union, I mean European values ​​whose alternative I can’t even imagine. There are difficulties, but we must understand that we live in a changing world, in which political elites are transformed, in which all events are connected and intertwined, where everything is covered by geopolitics. The Western Balkans is no longer a geopolitical crossroads, but a kind of geopolitical roundabout. In it, we have to adapt to the circumstances and find our way out in the best way. It is the one that leads to the European Union”.

Kovač pointed out that we cannot have much influence on the fact that the EU has its crises and makes mistakes, but that it is important to understand that everything we do is with the intention of joining the EU. Answering a question about the Open Balkans, Kovač said that there are a large number of regional initiatives that have not been particularly successful and that this attempt should neither be particularly discouraged nor encouraged. Everything that benefits the citizens of the Western Balkans is good, regardless of where it comes from. The same applies to the European political community, which, if it is as announced by French President Macron and German Chancellor Scholz, could be one of the ways to speed up the European integration process.

Zorana Milovanović, project manager of EMinS, who participated in the conference in front of the Coalition for the Development of Social Entrepreneurship, of which EMinS is one of the founders, spoke on the panel “Collaborative creation of the future through transformative relations in the region”, in which practices are focused on development in local communities that are common to the countries in the Western Balkans region and the countries of the Visegrad Group. Milovanović pointed out that social entrepreneurship is a practice that helps the transformation of the socio-economic system in the direction of greater inclusiveness, solidarity, and cooperation. The focus of social enterprises on solving social problems that, although they are present at the local level, represent universal obstacles for the development of society, forms the basis for the joint investment of countries in supporting the sector. 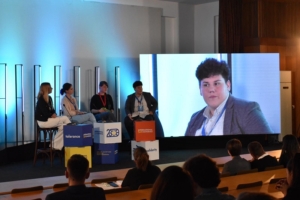