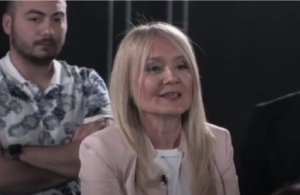 That is the conclusion of last night’s panel “Conversations on the Future of Serbia“, whose topic was Serbia’s foreign policy. According to Zvezdana Kovač, General Secretary of the European Movement in Serbia, who opened the panel, our foreign policy is confusing and often metaphorically described as sitting on two or more chairs.

When asked whether it is time for Serbia to finally decide which way to go, and whether the introduction of sanctions against Russia and subsequent aligning of Serbia’s foreign and security policy with Europe, is a condition for the continuation of the accession process, Knut Fleckenstein, a former member of the European Parliament, said that the European Union wants to respect the agreements reached and the integrity and sovereignty of all states. He also said that problems in the EU are slowing down regional European integration. 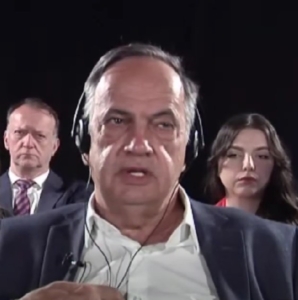 “The European Union has many problems and these problems lead to a slower movement of this region towards the Union.” I would say: ‘Let’s continue, let’s speed up the negotiations’. My view is that we in the West have also made certain mistakes. At the moment, Russian forces are in Ukraine and you have to decide which side you are on,” said Fleckenstein.

Ivan Vujačić, president of the Forum for International Relations of EMinS, exclaimed that “the ambivalence that was confirmed in the polls shows that there is insecurity among citizens. This is perhaps justified, because the integration process is slow, with changes in methodologies, and our government is also slow in implementing the integration process. Citizens do not have a clear picture of exactly where they see Serbia,” said Vujačić.

Vujačić also assessed that Europe has united around the war in Ukraine, and that the sanctions will not be ended in the near future. Russophilia has been nurtured in Serbia for a long time through the media, and the president is currently wary of whether public opinion will turn against him. 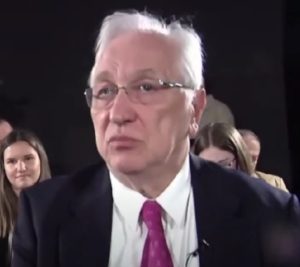 “I don’t think Kosovo is crucial at this point. It must be resolved by some legally binding agreement, and there will be pressure to get it done soon. I don’t think that in the beginning it will necessarily mean the recognition of Kosovo”, Vujacic said and added that Russian President Vladimir Putin with his diplomacy “pushed” Europe away, “humiliated” the French head of state Emmanuel Macron after their conversation, as well as German Chancellor Olaf.

Vujačić stated that many Europeans have emotionally experienced the war in Ukraine and that they are advocating for the country’s quick admission to the European Union, “which is absolutely impossible for a country at war”, and that they want the same for Moldova and Georgia. Therefore, the logical question arises as to why there is talk of accelerated admission of countries with frozen conflicts, while in the Balkans, the countries that have taken that path “stand still for a very long time”, said Vujačić.

He assessed that the EU should bring the level of talks with the Balkan countries to a level where European integration would be more significant and more certain. 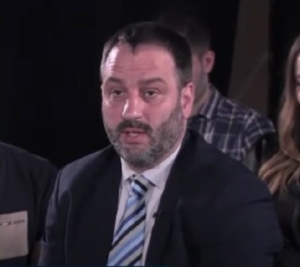 Igor Novaković, director of research at the Center for International and Security Affairs – ISAC Fund, said that, as far as the introduction of sanctions against Russia is concerned, the Kosovo problem creates confusion. Serbia, between the possibility of going after a big partner and remaining neutral, decided on the option that is “between those two”. According to him, it is time for a new political approach, a kind of “phased integration, which would initiate the Europeanization. Even if it does not vote for some decisions, Serbia should participate in making them”, said Novaković. 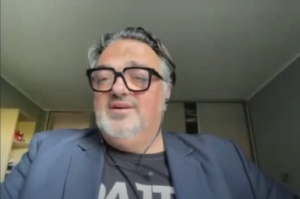 Aleksandar Trifunović, editor-in-chief and managing editor of the Buka portal, when asked about Serbia’s relationship with its neighbors, said that it is important to maintain ties both within the country and within the region. It is also important how we talk about the EU. In Bosnia and Herzegovina, it is said that the EU is imposing something on us. “They treat us very similarly – as they treat people with special needs, so do all the countries of the Western Balkans,” said Trifunović.

“I would like Serbia, as the largest country in the region, to be the leader of the European movement, to make the European path easier for everyone else. Serbia must normalize its relations with Bosnia and Herzegovina, with Montenegro so that we here understand that path as a common one and that we can go through it more easily.” 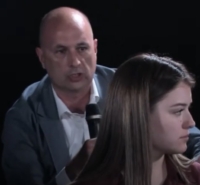 Young people and students participated in the “Discussions on the Future of Serbia”, and Vladimir Medjak from the European Movement in Serbia was also in the audience, who said that there are 3 reasons why Serbia should join the EU. These are: “Firstly, Serbia would get the right to vote, which we never had. The second reason is the single market, and the third is access to funds. But if you go only for the funds, then you come as a poor relative from the south who wants to rely on the social assistance of rich relatives from the north. Even if we enter the EU as a country with special needs, we will be in a better situation than today”, Medjak concluded.

Conversations about the future of Serbia is a series of panels organized by the European Movement in Serbia and the Friedrich Ebert Foundation in Belgrade. The next panel is scheduled for May 25, when the economic consequences of the war in Ukraine will be discussed.