THE FUTURE OF THE EUROPEAN UNION

Home/EMinS News/THE FUTURE OF THE EUROPEAN UNION
Previous Next 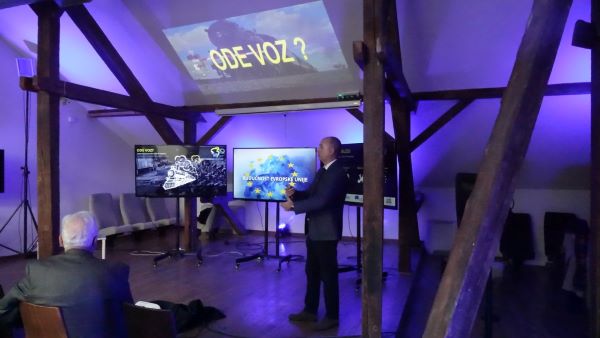 THE FUTURE OF THE EUROPEAN UNION

On November 28th at the premises of the Yugoslav Cinematheque, the European Movement in Serbia organized an event called “Is the train leaving the station?”, with the intention to present the newest policy paper on the future of the EU, written and presented by Vladimir Medjak, an expert on European integration.

The event highlighted the fascinating history of Serbia with regard to its European Union intentions and enlargement processes. The moderator Vladimir Medjak pointed out all the positive aspects of current EU commitments in Serbia and highlighted the urgent need for a change of narrative towards the public, from both Serbian and EU representatives, as well as the need for a change within the EU. The paper acknowledged that there are serious geopolitical and social changes taking place in Europe, and these irrevocably influence the enlargement process as well. Nonetheless, the path of further EU development needs to be oriented towards better management of decision-making (QMV), towards defence and energy security, and lastly a focus on enlargement.

A closer European Union has always been a response to all the crises in the previous decades, thus a focus on enlargement and a change in the way decisions are made must be the driving force of a better Union.

This event is part of the project “Confronting Euroscepticism by Educating and Empowering Youth as Future EU citizens”, funded by the EU for Citizens Programme of the EU Commission.