THE SHARE YOUR KNOWLEDGE MENTORS MARCH AND PANEL DISCUSSION 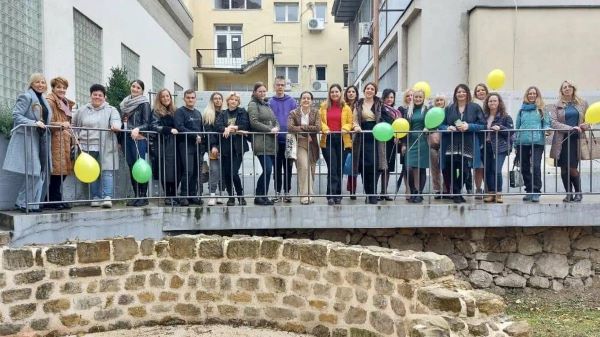 THE SHARE YOUR KNOWLEDGE MENTORS MARCH AND PANEL DISCUSSION

As a part of Share Your Knowledge Program, a Mentor March and discussion on the role of women in exercising their rights were traditionally organized on Saturday, in Čačak.

Mentor March is an opportunity to promote a program that works on economic empowerment and professional development of women and exchange of opinions on women’s rights and equality. Čačak hosted a network of mentors, mentees, alumni and our partners who, together with us, tried to raise awareness on the importance of developing women’s solidarity and exchanging knowledge and information with the aim of strengthening the women’s community, through Mentor March.

After the march, we held a panel discussion named “Women’s political leadership: The role of women in exercising rights”. In addition to sharing the experiences of women in the fight for rights, many other topics were discussed such as women’s solidarity in the fight for social change, the cooperation between political leaders and activists, the characteristics of female leadership, etc.

Brankica Janković, Commissioner for the Protection of Equality

“In Serbia, although women are represented in the parliament, it seems that they have no real power to change anything. The statistic should not mislead us because, regardless of education and position, women still earn less than men in the same job positions. The awareness raising walks, gatherings of women and exchange of opinions show how important women’s solidarity is to us and how much we can learn from each other,” said Adrijana Nikitović, project assistant in the European Movement in Serbia. 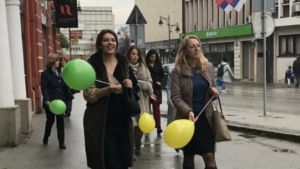 Brankica Janković, Commissioner for Protection of Equality, pointed out that a balanced representation of women in all parts of society is necessary: ​​”Although a greater presence does not guarantee that the interests of women will be prioritized, without them these interests would not be taken into account. Women should be present in all areas important for society and additionally encouraged not to give up entering the political race because they have the knowledge and capacities and are equal partners.”

Gorana Tanasković, director of the Association of Business Women “Nadežda Petrović”, says that the desire to pass on knowledge and experience to young people is very important. “The goal is to convey the belief that one can succeed in anything one desires. It is very important that we have women in leadership positions who will support us. Greater visibility of women is needed, especially on local level, where there is much less talk about the merits that women have on general social and economic development.”

Ljiljana Petrović, president of the Laris Association, believes that civil society organizations constantly point to inequalities that exist in society both at the national and local levels. “The fact that on the records of the National Employment Service every third unemployed person in the city of Čačak is a woman is particularly worrying, we have to change that,” emphasized Ljiljana.

The mentor march and discussion was organized by the European Movement in Serbia as a part of the Share Your Knowledge Program, which is supported for the 12th year in a row by the US Embassy in Serbia and the OSCE Mission to Serbia. This time activities were organized in cooperation with the Association of Business Women “Nadežda Petrović” and the Association “Laris”.