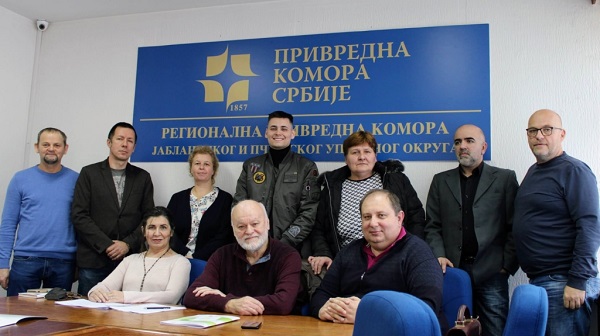 After the arrival of the participants in Leskovac, the first working meeting was organized during which the coordinators exchanged experiences and discussed the challenges and achievements of the project. Participants agreed that key indicators of the project had been achieved – including the engagement and education of dozens of citizens, civil society organizations and activists with the aim of networking them for joint action in the field of environmental protection.

The participants then visited the National Museum in Leskovac, whose permanent exhibition “Time Machine of the Leskovac Region” shows the life of the inhabitants of Leskovac from the Neolithic to the late Turkish era.

After visiting the museum, the participants discussed the EMINS Action Plan for Combating Climate Change for 2022. The action plan will emphasize the establishment and development of association relations, public advocacy of the concept of climate resilience and climate justice, as well as non-formal education in the field of climate change mitigation and adaptation.