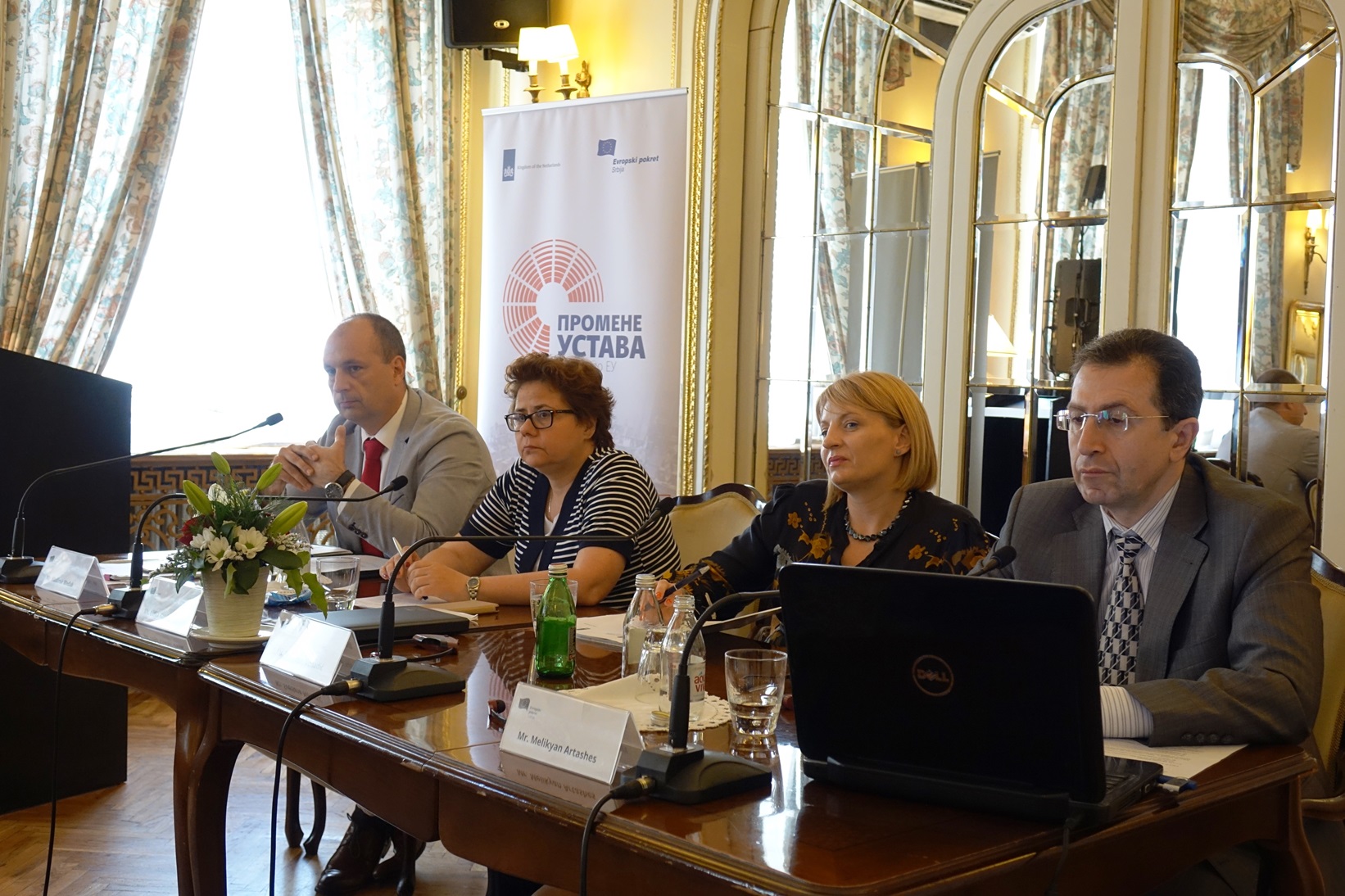 The main message of International conference “Changing the Constitution on the Way to the EU: What would proposed amendments bring to the judiciary?” is that the Constitution won’t bring necessary quality to a young democracy such as Serbian, if the change of Constitution is based on accepting and adopting only the bare minimum of the European Union’s standards. The conference was held on Wednesday, June 26th in Belgrade, with domestic and foreign experts, professors and representatives of associations of judges and prosecutors participating.

Dutch Ambassador in Belgrade, Henk van den Dool, stressed the importance of providing conditions for independence of judiciary, which should be one of main goals.

“Politically controlled judiciary is a major obstacle to democracy, economic development and stability,” says Van den Dool, pointing out that it’s important for debate on constitutional changes not to be lead only among experts, but also in the Parliament and other cities of Serbia.

On the other hand, Vice President of European Movement in Serbia, Vladimir Medjak, noticed that there is no debate on constitutional changes in Serbia.

“National television hasn’t broadcasted a single debate about change of Constitution, which is why we tried to start a debate in several cities in Serbia and we will continue doing that,” Medjak said.

Consultative Council of European Prosecutors (CCPE) pointed out that amendments are below European standards and highlighted some questionable provisions proposed by these amendments, stated Artashes Melikyan from CCPE.

“There is a risk of political engineering when choosing public attorneys, since the Parliament can bridge basic procedures”, Melikyan said.

“Here it’s believed that the prosecution is the extended arm of the authorities,” warns Svetlana Nenadić, member of the Presidency of the Association of Public Prosecutors and Deputy Public Prosecutors of Serbia, adding that amendments are not in line with European standards for prosecutors’ independence.